Good news for gamers this morning with Google announcing that YouTube Gmaing has been expanded to Australia, New Zealand, Canada and Ireland with Google also advising that more countries are coming soon.

Launched in the US and UK last year, YouTube Gaming allows gamers to upload, view and interact with fellow gamers through live streams and videos posted on YouTube. YouTube Gaming automatically grabs all gaming-related videos into the YouTube Gaming app, which is available from Google Play.

Gamers can also easily capture or stream their mobile game play by using Mobile Capture in YouTube Gaming, including capturing your own commentary using the mic and front-facing camera to interact with your Audience. While not live as yet, this should also mean the mobile capture and upload option in Google Play Games will also go live in these new territories at some stage.

Once you’ve jumped into YouTube Gaming, you can subscribe to dedicated channels from game publishers and YouTube creators or find games with ease. YouTube gaming currently pulls in more than 25,000 games from “Asteroids” to “Zelda,” with each game getting its own dedicated page.

For those looking for a change in career, YouTube gaming has a sponsorship program, currently in Beta, which allows fans to sponsor their favourite content creators. Creators like Australia’s own Lachlan on his channel ‘CraftBattleDuty‘.

As well as expanding to new countries, YouTube Gaming on Android has today picked up some new features which includes things like support for 60fps playback as well as DVR mode which was launched on iOS previously:

YouTube Gaming is now live to download from Google Play for users in Australia, New Zealand, Canada and Ireland, head over to Google Play, download the app and get started. 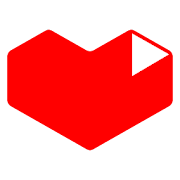