Home (Legacy - Do not use) Design Nextbit Robin — Review You’d be forgiven for thinking Nextbit is new to the phone game. The small company (around 30 people, but growing) operates out of San Francisco and is comprised of a number of “exes” – amongst its staff you’ll find ex-Google, ex-HTC, ex-Motorola employees. There’s a surprisingly large amount of knowledge within its walls when it comes to designing, manufacturing and building software for smartphones, so it shouldn’t come as much of a surprise to see the Robin benefit from all of this know-how.

The global smartphone market isn’t an easy place to operate as a new brand, especially in the Android space where you’re going up against a number of established players with massive marketing budgets and even more significant fan communities. It’s actually been a while since we’ve seen a new player emerge — there are some new names popping up in regional areas around the world as Chris found at Mobile World Congress this year, but taking on multiple regions and markets is something smaller companies often don’t do, or don’t tackle at the same time. OnePlus springs to mind as the most recent newbie, and its rise has been the source of some controversy around pedigree, ownership and marketing.

Internally, the phone is no slouch and matches up with the Nexus 5X pretty well on specs with a Snapdragon 808 chipset, 3GB of RAM, 32GB of storage, and a 1080p AMOLED display. There’s also dual front-facing speakers and the phone is one of the first to sport a USB-C port for charging. There’s a 13MP rear camera with dual-LED flash and a 5MP front camera. It’s an impressive package on paper, made even more impressive by the fact that it’s the product of such a small team.

Nextbit is aware that it’s a comparatively tiny player in a big pond, and it’s made a few decisions in bringing Robin to market that show it’s acutely aware of the uphill struggle it faces. The company is very communicative and takes note of where its supporters are – this led to the addition of Australian 4G/4G+ bands in Robin, making it one of the few phones produced by startup manufacturers with support for our networks (well, mostly – they couldn’t get Optus’ Band 40 TDD-LTE in there), and this means they’re happy to ship the phone to Australian customers who purchase on their site. No need to go through freight forwarders, importers and the like — why is it we go through those hoops with other manufacturers, anyway?

Robin also has to stand out against other phones as well if the company wants to stand a chance, and that’s another place where care and attention has paid off. The phone has a distinctive design that turns heads when you put it on a table. It’s got an inviting, playful design that combines simple straight edges with circles and curves and it wants you to pick it up and play with it. The design extends to its accessories too, with cases, USB-C cables and wall chargers for the phone available from Nextbit’s site.

We’ve witnessed the rise of the midrange phone over the past 18 months – devices with “good enough” specs sold at half / two-thirds the price of a flagship phone from the bigger manufacturers. Nextbit is entering that space with a confident swagger, and its first product has near-flagship specs, works in multiple markets around the world and has a wallet friendly price. Nextbit sells the phone for just US $399, with various other prices for cases and accessories. It’ll cost you about US $35 to ship it, putting the whole package within range of the 2015 Nexus 5X.

We haven’t even started to discuss the phone’s unique software promise – its 32GB storage will never run out — or at least, when it runs out it’ll find some free space for you by deleting backed-up items that haven’t been used for a while. The phone comes with 100GB of backup space on Nextbit’s servers that’ll house apps and photos, and archived items can be brought back from this cloud storage space as needed, as seamlessly as possible.

Our Nextbit Robin is one of the first devices off the production line and is the “Mint” variant – it’s got a mint coloured top and tail, with a white body. It’s all matte plastic, and the white body attracts some scuffs but they’re easily dealt with with a quick wipe. It’s an eye-catching phone that’s pleasant to wield in public, especially amongst friends who recognise the product from their newsfeeds. Is this enough to separate it from the rest of the pack? Let’s find out. 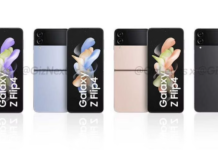 I recognise those Nutella donuts. if only I could remember where 😛

Id rather they did a deal for 100gb with Dropbox or someone known. What happens to my data if the company goes bust next year since it’s all backed up on their own servers

Nice review! I really like this phone. The only thing that makes me nervous about it is the update situation. It’s already running a version (admittedly, a dot version) and two security patches behind on launch…

Thanks for the review. It’s an interesting read.

Also, having to press the power button before the fingerprint scanner…are they serious? Apparently, this is required with the new Xiaomi Mi5 too. Who wants to press two buttons to turn their screen on?

I always unlock by pressing the button and leaving my finger on it. Works fine. I’m okay with that behaviour, but since the Nexus 5X and 6P have “always on” fingerprint scanners the expected behaviour has become a tap on the sensor to wake up and unlock.

I think if the fingerprint sensor ISN’T the power button then yes, always-on behaviour is desired. Otherwise I’m really not fussed by pressing the button. My finger is there anyway, yknow?

If it’s the same button, then that’s not as bad. I believe with the Mi5, you have to press two different buttons.

Also, on the price, unfortunately the reality is that with the Aussie dollar going down and flagship prices going up, “the midrange” now has a fairly wide price range to cover.

One thing I’ve lost touch with in Android is where it has got to in terms of app data back up. It still seems very hit and miss and I’ve not had time to figure out what the options are for backing up this data on a phone that hasn’t been rooted (so most non Android-enthusiast users). An article on this subject would be most welcome.

Short version is that Google knows the apps you’ve installed from Google Play onto each device, and you can install those apps onto a new phone with a blank configuration. You’ll still need to log into Twitter, Facebook etc.

Developers have had a number of ways of storing configuration in Google Drive, Dropbox etc for a while now but haven’t chosen to implement those methods.

Yeah, the apps are the easy part. It’s the application data that is the important part, and the main area where I still think the Android ecosystem falls dismally behind iOS. Upgrading from one iPhone handset to another is the easiest thing in the world. Upgrading from one Android handset to another still seems fraught with potential data loss, especially games history, etc.