Sony has released their Playstation Video app, which lets you watch TV and Movies purchased or rented from the Playstation Store, to Google Play.

The Playstation Video app, lets you peruse content you’ve previously purchased on your PS3 or PS4, but now also allows you to purchase content on your phone or tablet going forward. There’s a wide variety of content available, with the option to pre-order upcoming new releases like Star Wars: The Force Awakens.

Features included in the app:


• New release movies without the wait: most movies before, or same day as DVD.
• TV shows everyone’s talking about: many shows, day after network air.
• Purchase directly from your Android device.
• Instant access to PS Video library.
• Access on PS3®, PS4®, and Web (in HD on compatible devices) and select other devices.

The release of PlayStation Video is fairly limited, with Sony advising that PlayStation Video is only available in Australia, France, Germany, Italy, Spain and the UK. The app is available for a wide range of devices, including tablets and phones, but not for Android TV devices, though their compatability page does advise that Bravia televisions and Sony Internet TV are compatible.

The Playstation Video app is available now from Google Play for devices running Android 4.4 and above. Head on over and check it out now. 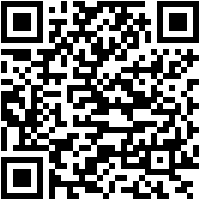