It’s been a good week for Android Wear with the announcement of several new or anticipated devices at the Baselworld watch and jewellery show in Switzerland. Adding to that list today is the Michael Kors fashion design house. Michael Kors specialise in ‘ready-to-wear men’s and women’s clothing and fashion accessories, including watches. The ‘Michael Kors Access’ smartwatch comes in two variants a Gold ‘glamorous’ version for women (featured above) and a Black sporty version for men (featured below). 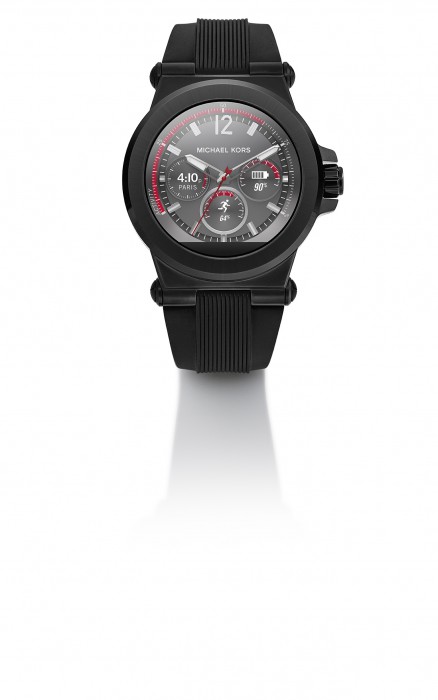 The devices both have interchangeable bands with the company announcing leather and silicon variants available.The Eagle eyed amongst you will have spotted the ‘flat tyre’ on both models. Unfortunately apart fro the physical appearance of the device, including a single button and what looks to be 3 speaker holes on the left-hand side of the device no other tech specs are available. The devices are scheduled for a “fall” 2016 – so Spring 2016 Australian time – release with an expected cost of $395 USD, making the Access a premium but not overly expensive device.

Here are the launch videos from Baseworld where David Singleton, VP of Engineering for Android Wear, was live on stage for the event, certainly an indication that Google is taking the partnership seriously.

Michael Kors does have a physical retail presence in Sydney and Melbourne, as well as various retail partners, we have reached out to them for comment on Australian price and availability.

What does the continued growth of Android Wear in fashion brands mean for Android Wear as a platform? Chime in below.