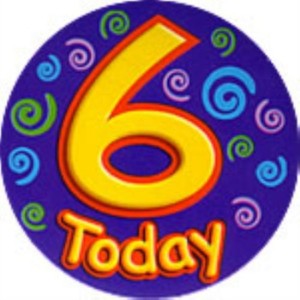 March 20th, 2010 and Buzz Moody kicked off the first post on Ausdroid. Six years later, Ausdroid is going pretty strong as your best source of news for what’s happening with Android in Australia and often, the world.

The first post was a good one when it comes to Android in Australia, with news of the HTC Desire heading to Telstra. The HTC Desire was one of the first ‘good’ handsets that brought Android to the attention of a wider audience here in Australia.

Since the launch of Ausdroid, we’ve grown – there’s 11,622 articles to read on our site now – and we’ve had a load of staff come on board and write for us, and review products. We’ve broken news here in Australia, some of which we’ve won awards for, and we’ve also gained international acclaim breaking news globally.

Our attendance at events started locally, with phone and tablet launches in Sydney and Melbourne. Last year we branched into more international launches for phones from Oppo and LG and of course Sony, Samsung, Asus and HTC. These launches were sometimes at trade shows like Mobile World Congress, CES and IFA. Our work has brought us to the attention of Google and we were able to attend Google I/O last year (and we’re hoping to be back in Mountain View this year).

The people who work here are all volunteers, with no-one actually paid for writing at Ausdroid, so any ads you see on the site are paying to keep the lights on.

We do have some wonderfully dedicated – and we think very good looking 😉 – Ausdroid fans who power our Patreon campaign every month, generously donating money their hard earned money so we can now use Google’s Cloud Platform to deliver the news to you fast – and if you don’t yet, we hope you’ll consider supporting us there as well so we can pay to attend events ourselves. We’re getting bigger, we’re trying to bring you more news first, so join us for another 6 years or more as we watch Android N, O, P, Q, R, S and all the rest come out. We’ll be blowing out a candle or six tonight and raising a beverage to celebrate and we hope you will too.

Happy birthday… Do we get cake? 🙂

Happy birthday and thanks for flying the Aussie tech coverage flag. I’m always thankful to have a high quality and unbiased local take on these things I keep throwing my money at.

Happy birthday! You are my favourite tech site now (used to read Engadget …).

Happy birthday Ausdroid! Been following for about 5 years and hope to continue reading for another 5 at least!

Happy birthday! Coincidence that it’s also the International Day of Happiness? I think not! 🙂

Glass or 6 raised in your honor tonight that’s for sure! Well done Ausdroid

Happy Birthday Ausdroid, but something is missing.. In 6 years there should be tons more people following you and subscribing to your channels… There needs to be more news, phone reviews, app reviews, YouTube videos, software guides, hardware tests, versus comparisons, tests, advertising and much, much more… This site desperately needs a Forum for us Aussies to discuss problems, experiences and hacks… I believe it will get very popular… It will also attract higher up sponsors and you could make a killing. You guys can soar to massive success, but only if you wanted to… I would love to help… Read more »

I think they’ve had forums come and go a couple of times without much success or participation… I think most of the discussion happens here in the comments on the topic of the actual article, or on other, dedicated forum sites like Whirlpool.

Perhaps you missed the part where they said they are volunteers. What you’ve described is possible but very ambitious. It would take many full time staff to achieve.

The relatively low number of daily articles has been a problem for a long time which means that while I check in with the site at least a couple of times a day, I find I spend more time reading at, say, Android Police where there is usually a lot more content. Unfortunately, without more support for the site bumping up the amount of content will be difficult and without more content bumping up the number of active readers will be tough.

Fortunately, quality is seldom a problem on the site.

Couldn’t agree more.. While I find myself visiting more and more American based sites, I always wish there was an Australian alternative, to discuss local issues and advantages. One great article would be a comparison between Aussie Telcos and their pricing vs. reception, 4G tests etc. and hear other peoples thoughts on the matter. Sick of hearing about AT&T, Verizon, T-Mobile etc. when it doesn’t even concern me…

Congrats on the milestone. Good to see an aussie site making a name for itself.