Home Mobiles Check out LG’s UX 5.0 in this walkthrough video 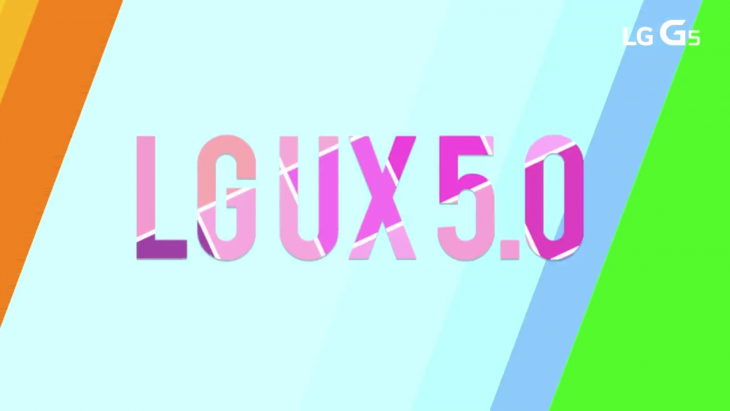 LG is launching their G5 handset in the US later this week, while we haven’t been given launch details of the Australian launch as yet, we will be seeing it soon. LG has released a new video showing off their new UX 5.0 software running on the G5, and it looks like a nice evolution of their previous software.

LG’s software hasn’t always been great, but each generation brings improvements and UX 5.0 is no different as you’ll see in this new video. There’s a new simplified mode which operates without an app drawer, but rest assured you can go back to using a more ‘traditional’ style of UX 5.0 launcher complete with app drawer.

As you can see, the video also shows off the LG Friends and the LG Friends manager – which hasn’t yet appeared on Google Play – that lets you connect, setup and sync all the neat accessories such as the LG 360 camera, LG VR headset, LG Rolling Robot and the various modules for the G5 like the Audio DAC and Camera module.

Improvements to the camera app utilises the dual-camera setup on the rear of the phone, including a selfie mode which includes auto-shot to snap shots as soon as you pose. Multi-View on the camera can use the phone camera or the LG 360 Friend accessory to capture all the action at a party. And of course, no camera app is complete without a host of filters to add to your pics.

LG Health has seen an overhaul as well, offering cleaner more informative widgets to track and display your daily fitness routine including steps, as well as offering challenges to encourage you to exercise more. It still doesn’t tie-in to Google Fit, but LG seems to have something good happening with their LG Health so if you need something it’s worth a look.

A new world-clock app will help to track time-zones for that important meeting you’re tele-conferencing to, or working out when you’ll arrive in another country. And finally, their smart doctor software will monitor your phone for issues, including optimising apps that hog memory or stay active using up battery, closing them down if necessary – though how effective that will be remains to be seen.

The video is up now and as soon as we have any information on a G5 launch here in Australia we’ll let you know.

is that just me feeling Xiaomi mi5 as a complete phone compared to both s7 and g5???(Once you put cynogenmod on mi5)

Quite disappointed by the lack of news on the LG G5 here. Anyone care to speculate a local release date?

The lack of news isn’t for lack of us trying to get it. LG aren’t saying squat. We know there’s a local launch event coming up in a few weeks, but LG haven’t shared any real details. I’d say a retail launch is three to four weeks away.