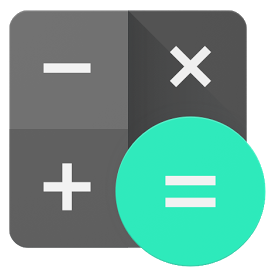 After a will they? Won’t they release of their Phone and Contacts app to Google Play last December, Google has moved on releasing another stock Android app, their Calculator, to Google Play.

The Calculator app for Android offers a surprising amount of functionality for an oft overlooked app, with both simple and advanced mathematical functions built in. It’s simple, follows Material Design guidelines and does all your adding, subtracting, dividing and multiplying, as well as more advanced functions like trigonomtetry, logarithms and exponential functions.

The big surprise is the addition of an Android Wear app, which allows you to perform basic calculations on your wrist, something quite handy for adding on the go. Using the calculator with its tiny buttons probably isn’t the best experience, but it works.

The app is available in Google Play now, though the list of compatible devices is limited mostly to Nexus and Android One devices in my device list. Check to see if your device can install it.

Only wanted it on my G4 for Wear support!

I think this goes away from the original vision Google had for how we interact with our second screen wrist computers.

You can already use voice commands to do maths on Android Wear. Quite a lot easier than trying to hit tiny keys on a tiny screen as well.

Voice commands have their place and, of course, can still be used. I, for one, don’t like talking to my watch while on the bus or in a meeting and appreciate the opportunity to do a quick calculation discretely. Hopefully Google’s ‘vision’ doesn’t preclude offering its users a choice in how they interact with their devices.

If you want to be discrete, I’d suggest pulling out your phone rather than squinting at your watch trying to tap at it.

There’s choice and there’s inappropriate use of form factor. Reading elsewhere, there’s suggestion that this violates Google’s own design guidelines for Android Wear.

My spectacles must be better than yours or perhaps my watch screen is clearer, because I don’t need to squint to see the numbers on my watch and the spacing between them is quite sufficient for my chubby digits. Of course I could pull out my phone (and I’m sure I could manage it with a degree of discretion) but, when it’s quicker and easier to perform the quick calculation on my watch, why should I bother? Oh, wait a minute, I think I know the answer – I should boycott anything where there might be a ‘suggestion’ that it… Read more »

Is it my imagination/poor recollection or have they moved the percentage function to a separate screen? Calculating percentages is the most common reason I have for using the calculator and putting in an extra swipe to get this function is a backwards step for me.

I don’t get it. What’s the point of putting it on Google Play if the only devices it will run on are devices that already have it?

They must have plans for the calculator. Having it in Google Play, separate from the system, allows them to update it outside of OS updates.