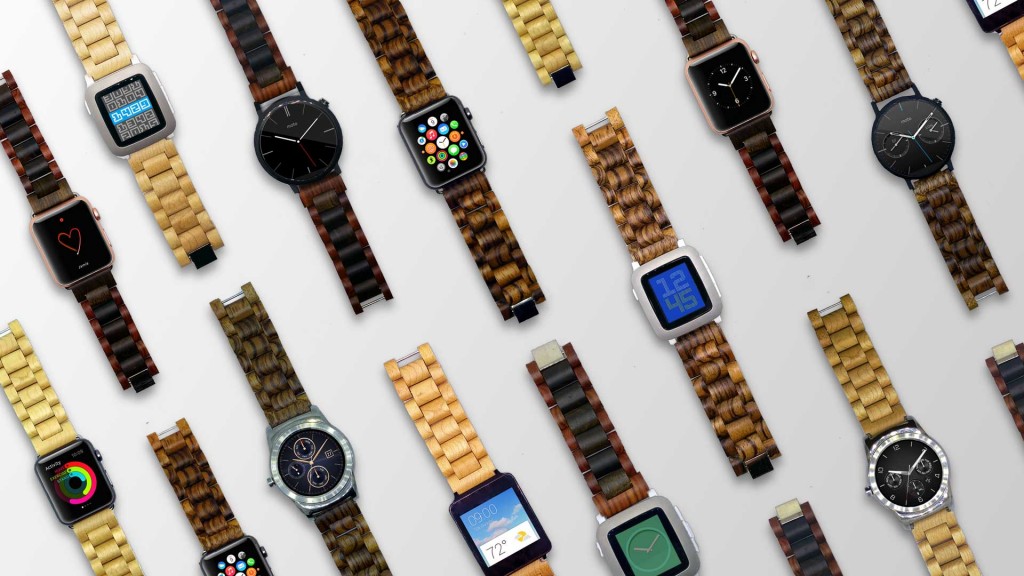 You’ve been able to customise most Android Wear and Pebble watches with all manner of bands made from lots of different materials since launch, but a new startup named Ottm just launched a Indiegogo campaign to bring 3 eye-catching bands crafted from hardwood to market.

Ottm is offering bands made from Maple, Zebrawood and Sandalwood, with prices starting at US$25 for early backers, and the difference they can bring to your Android Wear or Pebble watch is pretty striking.

The bands use a classic link bracelet design. Owing to the nature of wood grain, each band is individual and is hand-finished and treated with Tung oil to make each piece smooth to the touch. They’re standard 22mm bands, so should fit most watches with standard connectors for such. Be aware that if you’re rocking an OG Moto 360 you’ll need to get an adapter.

Ottm says that they’re seeking to raise $7000 from their campaign to fund production of the watch bands. If they’re successful, the bands are expected to ship in June or July. They also support something called an Apple Watch, but we’re not sure what that means.

If you want to add a hardwood band to your watch then early backer rewards are where you want to get in on the action with Maple starting at US$25, Zebrawood at US$39 and Sandalwood at US$49 (recommended retail prices are US$49, US$65 and US$75 respectively).

To back Ottm’s campaign, head over to their Indiegogo’s campaign page. Be aware that backing the campaign isn’t an order and doesn’t guarantee you a reward – you should check Indiegogo’s T&C’s before you pledge. The campaign ends at the end of April.