Home News and Editorial Sunday nostalgia – how things compare to 1996

Every now and then most people like to indulge in a little nostalgia, whether it’s driving past an old house, checking out your childhood school, or looking at photos from past experiences. There’s something kind of enjoyable about doing this, and it doesn’t often take much to kick it off.

For some time now, Dan (and I, to a much lesser extent) has been looking in eBay to find a rather obscure, old piece of communication technology, to be added to his unofficial museum of Android, mobility and communication. The unobtanium? Let’s flash back to the late 90s. Mobile communication was still very much in its infancy, and while mobile phones were definitely about, they certainly weren’t as ubiquitous as they are today. Sure, some adults had them, and even some yuppie kids, but they were indeed rare. For Australian kids, the way you stayed in touch on the go was by having your mates with you, or by using a public phone to call your folks with a Homelink 1800 number.

Being contactable anywhere wasn’t really a thing. Mobiles were around, but not cheap, and not items for kids generally. Pagers were around too, but they were equally the domain of the adults. If you wanted to get in touch with your kids, you rang the friends place where you thought they were, or you went outside and looked for them. If you couldn’t find them, too bad – you waited for them to show up, or rang around their friends parents until you found them somewhere.

When Link introduced the Traka pager, if we’re being honest, I don’t remember it being a huge success, but I wanted one. I don’t even know why, really, but I did. It wasn’t a fancy device. It was a numeric pager, with just two buttons. One was a power button (if held for a bit) and also operated as a ‘select / enter’ button. The other could be used to access a little menu or move to the next item.

The functionality was simple, too. It had a phone number which you could give to your friends, parents, etc, and by dialing it, they could send you numeric codes. To this end, the Traka came with a little code book which could be used to convert sequences of numbers to common words and so it was academic to send a message like “Please call your mother” or “I’m outside to pick you up”. A voicemail function also existed, which would allow people to leave a short voice message which you would be alerted to, and could access from any landline phone.

It wasn’t much. I didn’t know too many people with one, and even then, I didn’t use mine all that often. Most often, I got messages from mum (to say she was either picking us up from school, or we had to get the train) and from a couple of mates from other schools, with whom we set up a code which meant “I’m outside the school with my car. Come hop in”.

Thinking about this last night had me thinking about the other ways we communicated in the 90s – many of which don’t exist anymore – and how far technology has actually come. 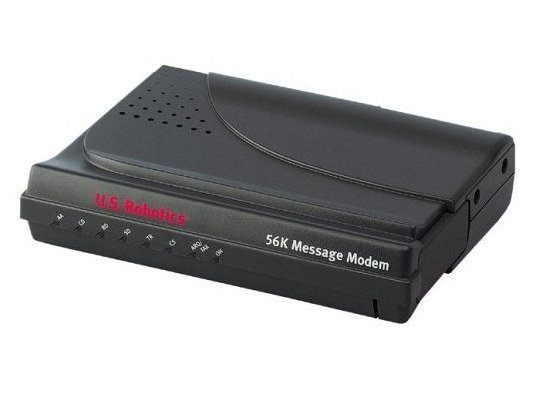 It wasn’t until about 1998 that we had a broadband internet connection at home, or thereabouts. Before that, we had 56k dialup internet but we honestly didn’t use it much. It wasn’t all that fast and the internet didn’t hold an awful lot of activity to keep us amused.

Before that, we used BBSes (bulletin board systems) to play games, send messages and communicate with others, download files and more. I remember using a multitude of these systems (one of the benefits of untimed and usually free local calls) – some were only good for their chat rooms and multiplayer games, like Play net, where you could play Doom against three others at a time, and others were only single or two-line BBS, which weren’t for gaming, but existed only to share games and apps which you could download (some of which were probably pirated but as a kid, no one cared).

I remember the antagonising wait to download these things. It was awful. A 1.5 megabyte ZIP file, which might be one of thirty or more for a decent game, would take five or six minutes to download. This, on a 386 DX40 computer which barely ran Windows, using a terminal emulator called Terminator. I remember spending hours downloading games, using Fidonet message boards and playing Doom over stupidly slow dialup connections, and I thought it was great.

Thinking about what we have now puts it all in a bit of context. Back then, modems worked at 56 kilobits per second, a measly 6 kilobytes. Things didn’t happen quickly. Experiencing the internet on such a connection was slow and awful, even then. Today it would be unthinkable, as many Web pages can be more than a megabyte to load with all the associated imagery, ads and scripts in the background.

Faster internet connections existed, but they were rare. Today, faster internet is all around us. ADSL takes us up to 20mbps on a good day. Cable or the NBN takes us well up to 100mbps, and costs not much more than what our dialup did twenty years ago.

Computers then were big and slow. My 386 DX40 was a mini tower, and had a whopping 3GB hard drive. A CD drive was a luxury I saved up for. RAM was measured in megabytes, not gigs. Sound-cards were optional, and without them, computers were rather quiet.

Today, the phone in my hand (that I’m typing this story on) has a processor some forty to fifty times faster, has 32GB of storage (plus it seamlessly stores things in the ‘cloud’), and can download data from the internet at more than 150mbps on a good day… That’s an amazing 3,200 times faster than that dialup modem, it doesn’t require any wires or phone lines, and it works anywhere with our metropolitan or even regional areas.

We’ve come an amazingly long way in twenty years in this respect alone. It makes you think.

A story on the Pocket Locker is needed STAT

Don’t forget boot disks with custom config.sys and autoexec.bat files which load specific drivers just so a game can run on the miserable hardware. Those were the days…

Daniel Tyson
Reply to  I am Old

I started on 1200baud rate modems. I take my hat off sir.

I can barely remember which ones I used… Melbourne Underground Ravers was a good one.