Tie ups between healthy lifestyles and food products targeted towards children aren’t really a new thing, but with increasingly more affordable technology, and more connected lives, there are some exciting opportunities in this space. One of these is Nestle’s new Milo Champions Band, a fitness tracker designed for kids.

The Milo Champions Band, which goes on sale tomorrow for $40 (which comes with a tin of Milo, bonus!) has already launched overseas, and is now coming here. We know for certain they’ll be on sale at Woolworths (see below), but quite likely they’ll show up at other retailers too. 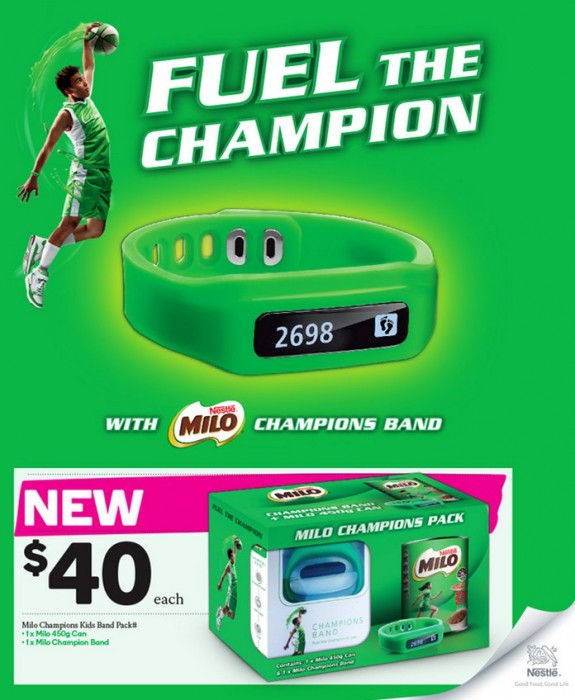 As you can see above, the bands are reminiscent of many fitness bands on the market today, with a small wrist-worn module in a rubberised band which syncs with your Android or Apple smartphone. Together with a partner app, the Milo Champions Band can track food intake and physical activity, and help you make sure that your kids are meeting their daily energy targets. For older kids, there’s games within the app to encourage them to learn new skills and compete in challenges with friends.

Of course, not all kids are going to have their own smartphone, and most of those that do probably shouldn’t. Anyhow, kids don’t need to sync the band to their own smartphone; the app is designed with parents in mind, so your kids’ bands can sync to your phone instead.

I’ll get my kids to try these bands out over the next week or so, and we’ll see how they go. I’m not sure that they’re quite the target market (probably a bit young, I suspect the product is more aimed at kids closer to 10 or older) but we’ll give them a shot anyway.

As of this afternoon (5 April), the Android app that drives the Milo Champions Bands simply does not work. We’ve tested it on a Samsung Note 5, Galaxy S7 and LG G4, and on none of these devices could we get to actually create an account due to problems with the software UI.

Better yet, when we used an iOS device to create the account and used that on our Androids, we still couldn’t use the product, because they steadfastly refused to pair on every Android device we could try (and we do have quite a few of them in our office).

Absent a software update, I would recommend that you only buy these if you’re planning on using an Apple device, because we haven’t been able to get them to work on Android at all.

We have reached out to Nestle Australia for an update, and as soon as we hear anything back from them, we’ll let you know.

Nestle have been in touch with us this evening; we’re assured that an update will become available sometime tomorrow which will fix the broken Android functionality. We’ll keep an eye out.

After two software updates, the bands will now pair with and sync to Android devices. While it’s disappointing they didn’t work out of the box, the Nestlé team have clearly worked hard to get this situation resolved.

With that done, we’ll now take a closer look at the bands and try them out! 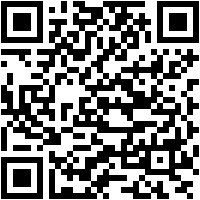 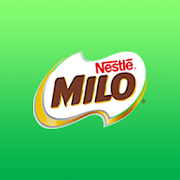 I noticed that these have dropped to $30 now. Can we have an update on how well it works? I’m kinda tempted to get one for my daughter but don’t really want to throw money away.

There’s also the Mi Band which is roughly the same price and probably a safer bet.

I got one for my son. Who loves it.. It worked on my Samsung 5 phone for the first day. Come the second day and it is not syncing. Any ideas?

I got one for each of our two kids and seems to work fine. So the app is quite sluggish but is anyone else a little concerned about the access request for an “unknown action”?

Hmm. I do seem to remember that app explaining why it did that but now I’m not sure.

I set mine up on an IOS device and it worked perfectly. The sync on took about 30 seconds and my kids are happy that they work.

Have definitely tried both the review bands we were sent, and neither will set up / sync with Android.

So how do you actually sync it? Meant to be bluetooth but I cannot find the how to sync enable bluetooth from the device

You’re not alone, we can’t get ours to sync either. We are definitely talking to Nestle about this right now. They’re aware of the issue and assure us they are working on it. We’re keen to get this up and running so we can try it out as well.

Hi Daniel, I got two of them and got one to sync. Flaky though and it seemed to take forever. The app did say it may take 15 mins to sync!

The other isn’t being recognized via bluetooth. I’m returning that to Woolies as their might be an issue with the device. Lets see if the new one works. Will report back

Such a great idea for kids. Just needs refinement