Home Mobiles Apps, Games & Google Services Sphero adds ‘Watch with Me’ mode to BB8 droid so it can... After hitting online video services last week, Star Wars: The Force Awakens arrives on Blu-Ray and DVD tomorrow. Sphero has just enabled a neat new feature for the cutest and functional movie companion toy ever released (IMHO) – He can now watch the movie alongside you.

Sphero has added a new ‘Watch With Me’ feature to the droids functionality, which you can find within the BB8 App. All you need to do is open the app, and get BB8 in the room with you – he can sit in his neat little charging cradle – while you turn on the movie and BB8 will react to whatever is happening on the screen. It’s not a linear feature, you can skip around the movie and he’ll follow along with what you’re doing wherever in the movie you are.

That means when you see Han or Chewie enter the Millenium Falcon for the first time he’ll get just as excited as you will be, or when Kylo Ren pops up he’ll act scared, just like in the movie.

As well as the BB8 interaction, the app will also pop-up video that gives additional information and facts about the movie and the characters on-screen as the movie plays. And it’s not over, if you have a BB8 you can expect more functionality coming with the Sphero team keen to evolve and improve the app and experience with updates in the future – we still have two more Star Wars episodes to go in this trilogy!

The BB8 Sphero droid is available from JB Hi-Fi, Myer, Harvey Norman and even Apple Stores for $249 in Australia. If you already have the droid, you can download the BB8 app or the update from Google Play now. 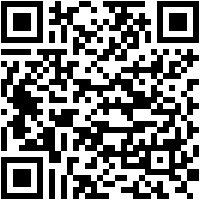 Now we just need a version that can actually play holograms without the phone, that I would pay for

cool, and hey the video is really cute 🙂