The Disney themed makeover of hit game Crossy Road, which is of course made by Aussie developers Hipster Whale, caused a bit of a stir when it was announced during the Game Developer Conference in San Francisco last month. The game has now launched on Google Play (and the Apple app store) and it’s awesome.

Let’s get this out of the way – Just like the original, the Disney themed Crossy Road game is freemium. In-app purchases will set you back between $1.29 – $6.51 per item, so it’s not prohibitive, but it’s there. You can of course just work your butt off to earn those gold coins or watch ads to accumulate more to purchase prizes (which basically are characters) in the game.

The game is focused on Disney characters and landscapes and this is where those in-app purchases come into play – if you want those newer Disney themed characters or landscapes, you’re going to have to pay.

The Crossy Road chicken is now Mickey Mouse, and the default landscape is fairly familiar to anyone who played the original, the game play and the mechanics are the same.

The Disney theme is a real winner in terms of what you get, well it will be for the kids or the big kids in the family who love them some Disney. Disney promises over 100 characters from your favourite Disney titles and there’s some there like Toy Story, The Lion King and the newer computer animated movies like Wreck It Ralph and Zootopia movies and of course you can use Mickey, Minnie, Pluto etc.

It’s not just characters either, the environment you play in is themed once you choose a character, the roads become rickshaw and car filled hazards in the San Fransokyo of Big Hero 6, or you can navigate the icy environment of Zootropilis in the Zootopia themed level.

As with the original there’s Google Play Games integration with achievements available as you progress through the game.

While the movie franchises included in the game are fairly limited, this is Disney we’re talking about here and they own some of the biggest pieces of your childhood including Marvel. So even though they haven’t announced anything, I`m sure we’ll see some characters from there in Disney Crossy Road before long.

Even with IAP Disney Crossy Road is fantastic. It’s worth checking out if you’re either a Disney or a Crossy Road fan, and if you’re both this is a match made in heaven. If you’re in the mood, head over and check it out on Google Play. 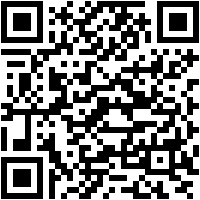 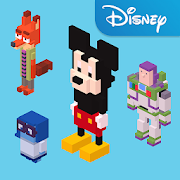 Some ofthose the world’s are horrible and it’s not clear when you are safe or not. Especially the ghost level where they are slightly floating. Very hard to differentiate the lane they are in.