GasBuddy has released some data on their first month of operation here in Australia, announcing they’ve had over 100,000 sign-ups to the service since they kicked off.

The service has also seen massive engagement with more than 525,000 fuel-prices submitted – that’s around 12 reports per minute. The fuel reports are wide and varied, with around 3-4 reports for each of the 6,068 service stations received per day. That means that there’s lots of people vying for the $100 in fuel given away each day – they’ve given away $3,200 so far.

The tremendous amount of users and activity in just one-month’s time shows the value GasBuddy brings. We have made it possible for everyone to be a part of the pricing conversation. GasBuddy provides greater transparency and has helped consumers make smarter purchasing decisions. We are excited to continue serving Australia and help drivers save heaps on petrol.

With all this data being gathered, GasBuddy has been able to track a lot of data and collate some information about the price of fuel in Australia – such as the average price of fuel in Australia according to their data was 111.19c per litre. They’ve even put together a couple of nice infographics to show prices across the month – note fuel wasn’t the most expensive on the Easter Weekend. This data also showed that Launceston had the most expensive fuel, averaging 117.59c/litre, while Newcastle had the cheapest at 103.68c/litre. Sydnesiders saw the biggest spread with a 32.7c/litre spread on uleaded fuel.

If you’re using GasBuddy and reporting fuel prices, there’s 100K people who owe you a thanks. GasBuddy too are pretty happy, so keep at it. If you want to try it out, GasBuddy is free to download from Google Play, check it out and see what you think. 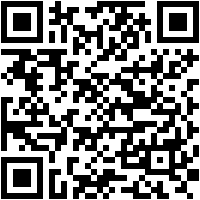 I can’t believe we still use petrol. Where’s my solar powered hover car?

I’m using Mr Fusion in my Delorean. I thought all the kids were.