Home Mobiles Hello Moto – is this the Moto X3 in the wild? It’s getting towards that time of the year where it’s time to look at what Motorola will be doing later in the year, with speculation mounting that Motorola will be launching a Moto X3 handset in the next few months, and this could be our first look at it.

Spotted by a fan of HelloMotoHK, the fan page shared this photo of a phone with the familiar Moto Batwing logo on the front that they generally add to test devices on their social media channels. 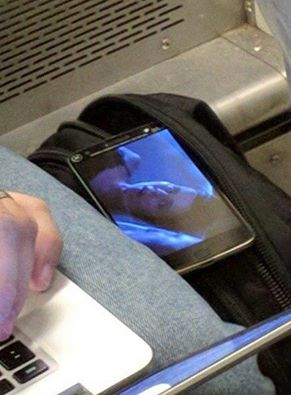 As you can see, the phone shows what appears to be a fingerprint scanner on the front of the phone below the screen, disappointing many fans who believed the familiar Moto dimple on the rear would be perfect placement. The front mounted fingerprint sensor, would also mean the end of front facing stereo speakers on the Moto X line.

The Moto X3 name being speculated is based on a Zauba listing which showed a device of that name with a 5″ screen:

Moto X3 being shipped to India with a 5.0 inch screen – could be one of the first Lenovo Moto branded phones. pic.twitter.com/7NeX7iANHa

Whether it’s real or not remains to be seen. Motorola, or more importantly Lenovo after they announced they would be pulling back from using the Motorola name in favour of Moto by Lenovo phones earlier this year – announced their last Moto X devices last July. It will most likely be June or July before we see anything on the Moto X3, so be prepared for more leaks in the lead up.

If Motorola Australia’s past form is any indicator, it will come out 6 months after the rest of the world and only the 16gb no SD variant will be available…. And it will be a Vodafone exclusive…..

This is the new Moto E. They are increasing the size of device to 5 inch which is want people want.