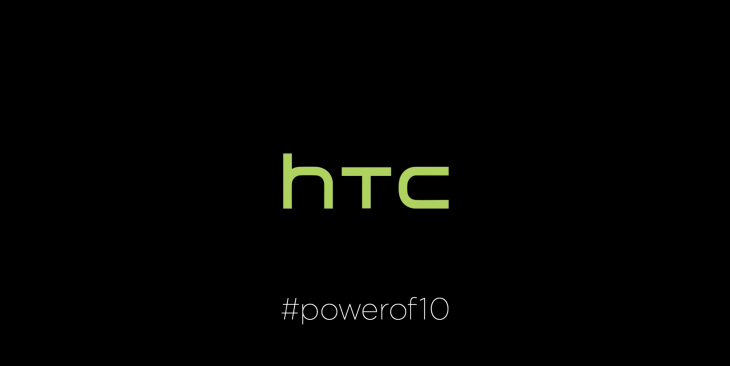 HTC’s new smartphone is just days away, and while very little (if anything) has been confirmed ahead of the launch scheduled for Tuesday night, there’s been a tonne of rumours and even a few leaks, so here’s what to look out for this week.

In the past, HTC’s premium smartphone has launched at Mobile World Congress, and while HTC did have a presence at MWC 2016 this year, a flagship phone was nowhere to be seen. HTC made some minor announcements, but nothing significant.

In early February, we had a sneak peek at the phone thanks to VentureBeat, but it was dark and not particularly detailed. All it really showed was a physical home key, a bit of a departure from HTC’s previous models. The good news? HTC’s logo was gone from the front of the device.

During MWC, we saw HTC start to tease their upcoming phone (as shown in the imagery above), and while it’s speculated the name will be simply the HTC 10 (dropping the M), little else was really known. We started to see firmer rumours about specification, including the latest Qualcomm Snapdragon 820 processor, 4GB RAM, 32GB storage (with MicroSD), 5.1″ QHD display and an improved camera.

After MWC, we saw the ‘obsession’ teases continue, with HTC releasing a series of videos on its social channels about the various things its developers had obsessed about in the creation of the next premium HTC phone. In true tease form, of course, no details were really given away.

Other features were shown off. Audio got a mention, with reference to a ‘new boom’, alongside imagery of (what appeared to be) a new speaker grille. We also started to see some renders appear, and while they’re probably pretty close to the final product, there really are no guarantees. Things went quiet for a little while, but then we saw some real information leak out, in the form of AnTuTu benchmarks making their way onto the internet. In terms of raw performance, the HTC 10 (as it was shown in the results) wiped the floor with Samsung’s Galaxy S7, Apple’s iPhone 6S and Xiaomi’s Mi5. Given that benchmarks can be faked, we can’t be sure about this one, but it certainly looks good.

The next tease from HTC focused on performance, funnily enough, and it gave us reason to think that the leaked benchmarks could just be real. Again, the video didn’t give much away, except that the on-screen buttons are gone, replaced with a physical home-button (with integrated fingerprint reader), a left-placed back button, and a multi-tasking button on the right.

Based on the leaked benchmarks, we started to see firm specifications come about too, which include:

HTC’s next tease, which came about just last week, focused on audio, and there’s every indication that there’ll be high-resolution audio included, and Boom Sound (whether known by that name or not) will feature in the phone. That said, the renders we’ve seen give no hint of front-facing stereo speakers (which HTC has used quite well in the past), so we’re not quite sure how this will work. The last tease, released yesterday, focused on battery life, something we’ve long been looking for in smartphones and not often finding. Samsung have done truly great things with battery life this year in the Galaxy S7 (and especially the Galaxy S7 Edge), so we look forward to being impressed with HTC’s efforts based on the focus they’re showing here.

On the topic of battery life, the leaked specifications haven’t really been clear on battery capacity, but the rumour file suggests strongly it’ll be somewhere around the 3,000 mAh mark, which is quite a good size if paired with smart software and efficient hardware.

At that point, the leaked information has run out. With a launch at 10pm on Tuesday night (local time), we’ll know more in time for the Wednesday morning news. Stay tuned!

Would have to be significantly cheap to make anyone situp and take notice of such a beige phone.

Unfortunately the price rumours seem to be well up there with the silly prices we’ve been seeing elsewhere. The thing that gets me is it wouldn’t have been difficult to get this to stand out in some way. You could stick a 5000mAh battery in the thing and have a selling point for at least 20% of the buying public in the market for a 5″/820 powered phone. Or you could have stuffed it full of 4G radios and had a worldband 4G phone. Or done modules for the inbuilt storage capacity so you could have 200GB inbuilt. They could… Read more »

It doesn’t have anything stand out but it should be very good overall. They’ve had a strong hardware and software package for years now except for the camera which unfortunately for HTC is a big deal. With the 6P sensor + OIS they surely can’t screw it up this time. Hopefully their new BoomSound implementation is able to make up for the lack of a 2nd front firing speaker too.

Agreed. Can’t see how this phone will stand out from the other marque handsets that have already been released. Let’s not forget that most consumers who want such a handset have probably bought one due to HTC’s delay in releasing theirs.