The campaign this time has been labelled ‘One Big Data Switch’ and is driven by the increase in mobile data usage. Recently, the big three carriers in Australia have each seemingly been playing a game of one-upsmanship with data limits, matching and offering more data as the other changes their plans – this has led to the One Big Data Switch campaign.

Data use in Australia is of course driven heavily by the introduction last year of the three largest video streaming services: Netflix, Stan and Presto. But other factors like an increase in Smartphone ownership and also by social media usage. The basis of the One Big Switch style of service is that they get people to sign up and show interest in changing their data plan to one negotiated by One Big Switch. They will be approaching the big three carriers in Australia – Optus, Telstra and Vodafone – to leverage the best deal. Of course, changing carrier can be a big deal for some people, but that too is being taken into account.

Customers are asked when signing up to enter their postcode, which will give the team an idea of where they are located. Regional users are often loathe to leave the Telstra network due to coverage issues, while service in the larger cities seems to be fairly similar across the carriers. This will all be taken into account when they enter negotiations with the carriers.

Whether the One Big Data Switch, or indeed any of their other campaigns work for you comes down to what they come back with. One Big Switch are taking signing ups for the Data Switch until the end of the first week in May. Once they have a pool of people to start with, they can then approach carriers to see what they come up with.

To sign up to be a part of the One Big Switch Data Switch campaign, or indeed any of their other campaigns, head over to their website. 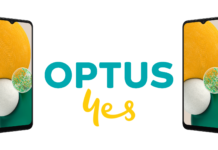