If you live in, or have visited, the Sydney, Blue Mountains, Wollongong/Shoalhaven and Newcastle and Hunter regions, then you will be familiar with Transport for NSW’s travel smartcard system called Opal. As we’ve previously reported, there are a couple of apps including Transport for NSW’s official Opal Travel app which gave Opal users the ability to find out their balance on their smartcard as well as getting the latest travel information and the ability to plan your trip.

Today, Andrew Constance, the Transport Minister in NSW, has today launched the new Opal Travel app. Amongst other things, users can now top up their Opal cards without being redirected to use Chrome or other mobile browsers to complete the transaction. The update also brings the following features and improvement to Opal Travel app version 2.0:

Announcing the update to the press, Andrew Constance said:

“It’s clear that customers are keen to use their mobile phone as part of the transport experience, with over 300,000 downloads of the older Opal Travel 1.3 version app.

With this new app, travelling with Opal just got even easier. With just a few presses on the screen, customers can check their balance, top up and plan their travels for the day.

Furthermore, it was also announced today that Transport for NSW will commit to a trial in 2017 to allow customers to pay for public transport by tapping on and off with their credit and debit cards.

“NSW is proud to be leading this Australian first. Contactless payment with credit and debit cards would offer customers another easy to use and convenient option for travelling,” Mr Constance said.

“Only a few major mass transit systems, similar in scale and complexity to Sydney’s, have introduced contactless payments. London’s Oyster card system is a well-known example, where they only finalised their rollout in late 2014.”

This kind of payment system has been in place in London under its Oyster system (which NSW’s Opal Card system is based off, utilising the same company – Cubic Corporation) in which customers can simply use their Visa/MasterCard Debit and Credit Cards to tap on and off when travelling on Sydney Trains/NSW Train Link regional and Intercity networks, Buses, Light Rail and Ferries.

“A lot of critical work needs to be undertaken in the first stage of this project such as finalising partnerships, working with the finance and contactless payments sector, developing the software and then in 2017, undertaking a customer trial.” Mr Constance told the media.

Opal Travel version 2.0 is now available to download for free from Google Play and you can hit the link below to check it out. 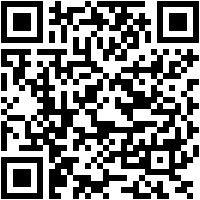 why cant we just share the same system all around Australia? it is so stupid that each stat has to use its own crappy little metro system when there is a perfectly working one like Opel, Adelaide is improving, but its trying to do them same thing as Opel, why not just share the system in Adelaide? they can do that all across Japan, Taiwan, why not here?

‘For security reasons, Opal does not support devices that have been rooted’…lol, OK hip government dudes!

That’s kind of a pain in the neck…

Its all good just install hide my root and run it. The opal app only checks on first start so once you have started it the first time you can revert back to fully rooted freedom 🙂

Dude, thanks for the tip, this is excellent… Now I know how useless the Opal app is (Opaler has a widget and better interface)… I’m gonna go check out all the other stupid apps that’s won’t allow root

OMG just let pay tap on and off with our phones.

That’d be my preferred option.

I did wonder why that was not an option from the start.

So how is it that Victoria doesn’t have such an app, working fully or not. We are so behind the times it is not funny. And I bet our ticketing system cost a lot more than NSW too.

Unfortunately they don’t allow the app to function on disabled devices.

*That should say “rooted” devices.