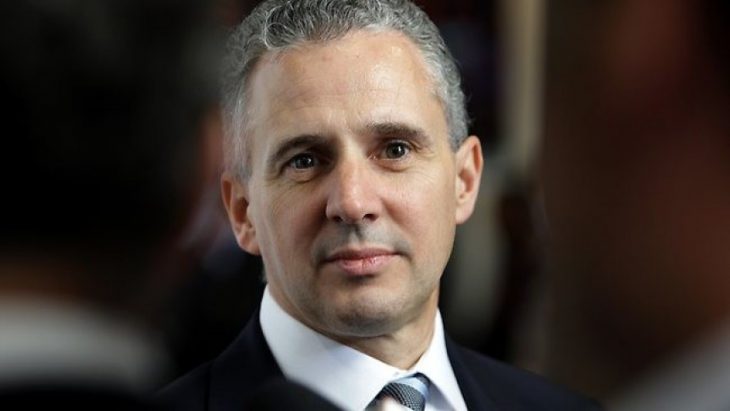 It’s only been a week since Telstra reportedly caved to pressure from the Catholic Church in Australia and backed away from its support of the marriage equality movement. It’s a worthwhile read, check it out.

Telstra tried to backpedal pretty quickly, in the face of unbridled social media uproar (and indeed reporting in the mainstream media as well). The Catholic Church did, too, stating it had made no threats to withdraw its custom, but by the time the story broke, the damage had been done. Telstra’s initial response to the furore was to state that it was backing away from active involvement in the debate, and it would allow the government to take the lead on this issue.

However, as most observers will probably be aware, the government isn’t taking a whole lot of leadership in this space; the government of the day has decided to hold a plebiscite which may or may not succeed, instead of (doing their jobs and) simply making it legal by passing legislation, as elected representatives of the people. It’s a bit of a messy situation.

Regardless, whether it’s that fact or the significant backlash against Telstra for its fairly incomprehensible position that’s made the difference today … well who knows, but Telstra’s CEO Andy Penn has (again) taken to Telstra’s Exchange Blog to state a new direction for Telstra in this space. In particular, Penn said:

Telstra supports marriage equality. Last week we advised that out of respect for the individual our view had been that we would not add further to the debate on marriage equality ahead of a plebiscite or parliamentary debate. It is clear that rather than Telstra stepping back we should in fact step forward and support our view for marriage equality and so that is what we will do.

By renewing our active position, we acknowledge that we are at equal risk of inflaming a new debate but it is the right thing to do. It also remains very important that we continue to recognise and respect the right of the individual to hold their own view on this issue.

Well done. Though there will doubtlessly be those coming out of the woodwork to condemn Telstra on taking an active stance on marriage equality, we agree with Andy Penn that this is the right move for Telstra. They should never have backed away from their position in the first place, but it is at least comforting that they’ve come to their (corporate) senses and changed their minds.

Just remember that their decision to step back from ACTIVE support does not mean they don’t support it or that they oppose it. They are a corporate entity that has responsibilities to respect the legal views of their staff, shareholders and customers and any “CORPORATE POSITION” needs to respect this. Given their size, the broad spectrum of the community they service, employ and are owned by, any POSITION they take is going to disagree with many of their stakeholders. Whilst I applaud them for taking this stance and personally agree wholeheartedly with it, I am surprised they have done so.… Read more »

I’m not sure about the last bit though…opposing equality isn’t a view.

Lol, Telstra really don’t give a toss. They are flopping about in the wind of popular opinion.

You might be right although I see a corporation that really wants to do the right thing, but they’re just not sure what the right thing is. They’ve finally made a decision – a decision of which I approve – and I think, as a result, they deserve at least a few brownie points rather than outright derision.

I’d save my ire for those that oppose marriage equality or who never had the stomach for supporting it in the first place. No doubt there was a stumble here by Telstra but at least they’re marching in the right direction.

You’re right that people who are against marriage equality deserve ire. That doesn’t absolve Telstra from what they did here at all. I don’t think that you can really argue that Telstra are interested in doing the right thing, given that it’s demonstrably clear that all they’re doing is following the money. The timeline is pretty clear here: – The Catholic Archdiocese threatened to cancel their services if Telstra supported marriage equality. – Telstra sunsets their support. – A greater amount of people (rightly) lose their mind at Telstra for being weak, threatening their reputation and thus their continued ability… Read more »

Well said. All too often social media lambasts people for changing their mind, so I think Telstra have shown courage to do so.