Samsung has announced an interesting new app, that focuses on protecting your, or more specifically the eyes of young children when using mobile devices.

The app, called Samsung Safety Screen, is available to download both from Google Play and also on the Samsung Galaxy store for free and focuses on encouraging young mobile users to hold their mobile devices ‘an ideal viewing distance from their eyes’.

The app runs in the background on your mobile devices, can be password-enabled by parents for your child’s mobile device or tablet so they can’t switch it of and employs advanced facial recognition software to determine how far the screen is from the users face using the front facing camera. When the software detects the device is being held too close the eye, the app will lock down the screen and it will only unlock the screen when the device is held at the minimum recommended safe distance.

According to the Vision Council, there has been an increase in myopia that scientists attribute to a mix of genetic and environmental factors, which include the ever increasing near-range activities such as using our mobile devices too close to our eyes, as well as a tendency towards decreasing exposure to natural light through outdoor activities – basically, we don’t go outside enough. Digital eye strain can also affect children and teens, whose eyes may fatigue after long periods of use.

Tarek Sabbagh, Head of IT and Mobile Division at Samsung Gulf Electronics has stated that

The usage of electronic devices, such as mobiles and tablets, is increasing extremely fast, within all age groups, from entertainment such as watching movies, to gaming and lately education where many schools started using the tablets in their curriculum. We noticed that children spend extended time using their devices, holding them too close to their eyes, which is not ideal and might cause damage to their sight. Hence, in Samsung, as leaders in innovation, we also care for the health and safety of our consumers. Therefore, we are introducing today an innovative app that helps protect users eyes by reminding them to their devices at a safe distance.

At the recent Dubai Lynx awards which was held in early March, Samsung Safety Screen App had won a bronze award for the innovative and important health app.

Samsung have released a video to show how Safety Screen app works which you can view below:

Samsung Safety Screen app is available to download from both Google Play and the Samsung Galaxy store for free and can only be used on devices running Android 4.3 onwards. 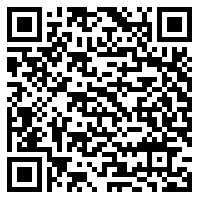