In March, Qantas launched a new health insurance service, called Qantas Assure, with the aim of getting their customers moving. Qantas assure lets customers rack up Frequent Flyer points for every step taken. The service launched with an iOS app, but Qantas are advising customers that they will be launching an Android version in June.

The catch however is that you have to actually join Qantas Assure and take out a policy to access the points. You’re welcome to join, but your points – up to a maximum of 3,000 – will remain locked and unaccessible until you purchase an eligible Qantas Assure policy.

Qantas kicked off their marketing campaign with a neat commercial with the king of walking (ok, Dancing) Christopher Walken

It’s an interesting idea, it could motivate more people to move more. Having to change your health insurance policy to earn said points is a big step though. You should definitely think about it and read up on their offer before doing so.

Along with the app, Qantas will be launching a bonus points offer when they launch the Android app in June. 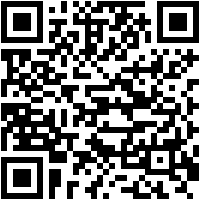 If you have signed up for Qantas Assure and do not have an Apple device make sure you contact Qantas as they will award you the Average Points earned from the members that are able to use the app. Extract of Email from Qantas: “While the offer of up to 15,000 Qantas Points is only to users of the Qantas Assure App (which is currently available only to Apple/iOS users) we recognise the growing popularity of Android devices and we are continuing to develop the App so that it will be compatible with both Android and Apple/iOS users in the… Read more »

Update From Qantas: The average points from the Wellness App are up to 239 at the moment.

I think these are issued fortnightly which will give Android users about 5,700 Qantas Frequent Flyer points per year, out of the Maximum 15,000 points Apple users are able to earn. Either Qantas is making it impossible for its members to earn the maximum points or Apple users are too busy drinking frappuccinos instead or working up a sweat.

I wonder how they will prevent people setting their phone in a rocking cradle to rack up points while you sleep?

It would not rack up points from rocking in a cradle. It’s been tried. You need to actually be moving, but there is other life hacks to rack up points with the app.

Not sure why anyone would bother.. 15,000 points simply isn’t worth it.