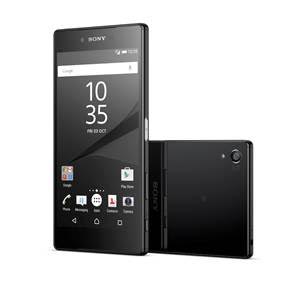 Optus and Sony Mobile have today announced that their ultra-high resolution Xperia Z5 Premium handset will be heading to Optus on contract as an exclusive.

Although announced in a variety of colours, it’s available only in Black from Optus, but it still looks pretty good.

The Premium version offers all the features of the Xperia Z5, including the 23MP Exmor Camera capable of capturing 4K video, handy with a 5.5″ screen capable of playing back video content at 4K. The Xperia Z5 Premium also comes with a sizeable 3420mAh Battery which supports Quick Charge 2.0 for fast charging.

Like the rest of the Xperia Z5 series, the Premium also offers water and dust ingress protection with an IP65/68 rating.

We’ve taken a look at the Xperia Z5 series, including the Compact, Standard and the Premium, in our review released earlier this year. It’s a decent handset, which had some issues thanks to the Snapdragon 810 processor running the show and only 3GB of RAM – but it’s a decidedly sexy looking handset.

Despite the Android 6.0 Marshmallow rolling out to unlocked handsets purchased at retail last month, the Xperia Z5 Premium through Optus will have to wait until the end of this month.

The Z5 range is about to have its replacement range released and Opus and Sony decide to do this now???