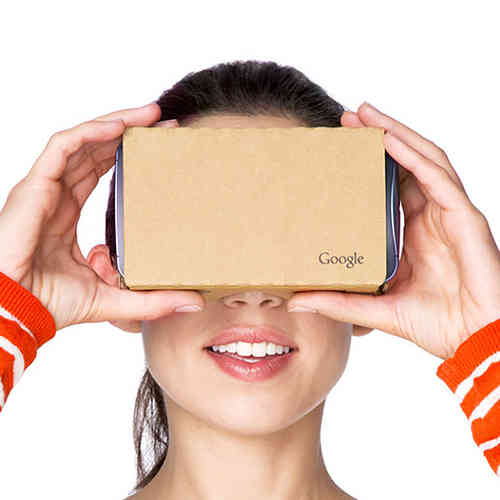 If you’ve enjoyed the last couple of years of Google Cardboard announcements, this years venture into Virtual Reality by Google may be a major leap forward according to the founder of a number of tech blogs.

According to a couple of tweets by Peter Rojas, co-founder of tech blogs Gizmodo and Engadget, Google’s standalone VR headset, which he calls Android VR will be announced next week. As you can see he has high hopes, or at least claims to have been told the headset is of a decent quality:

Android VR will definitely be announced next week, and from what I’ve heard will be less powerful than the Vive or Rift.

This is what I’ve heard. Better than Gear VR, not as good as Rift/Vive. https://t.co/0gzRg6aYKh

That’s the basis of the rumours, so what’s the meat behind the rumour? At this stage, we know there will be a strong focus on VR at Google I/O based on the session lists already released for the event. There’s also been speculation thanks to news sites such as the Financial Times about a standalone VR product from Google for some time.

Google has also apparently been talking to some ODM’s regarding manufacturing specific chips for products, that are reported to include a VR product – the source is ‘The Information’ which is behind a paywall, so there’s that.

The flipside is that a quick search through the FCC database, the regulatory body which they would need to clear hardware through before a consumer launch, shows no new entries for Google. They could announce it, but not launch it without clearance from the FCC, but it’s unlikely. They could also have run the device through under another manufacturer ala the Nexus devices, so it’s still possible.

A standalone VR product would make sense given these factors – but, like everyone else, we’ll have to wait for next week to see what Google has under their hat.