In the idyllic setting of northern NSW, MiniMega, the Australian development company behind hit puzzle game Bonza, has announced a new update for their challenging crossword type puzzle game. The update allows users to create their own puzzle packs that anyone can play.

If this is the first time you’ve heard of Bonza, it’s worth taking a look. Put simply, you are given a clue and a set of separated crossword clue answers, and you have to put the crossword together. It melds word search, jigsaw and trivia into an awesome and instantly addictive game.

There’s a lot of puzzles already in the game already, you have to purchase some through In-App Purchase (IAP), but the daily puzzles and puzzles you can unlock will keep you occupied for a time.

The update released today – called Puzzle Creator – allows users to create and share their own puzzles. Users can set their own clue and answers, generate a custom puzzle layout and challenge friends. Once you’ve created your custom puzzle you can share it by sending friends a unique code – try out ours by entering in 7QJ5ER. Users who took part in the Beta for Puzzle Creator are even making use of the feature to do things, including creating a marriage proposal:

Ben Huxter, Creative Director at MiniMega, was inspired by the imagination of players, saying

Some players enjoy creating puzzles more than solving them. Creative expression is fundamentally human in nature, it’s innate. There’s a theory that humans are happiest when they’re in a state of creative flow, exploring individuality and sharing that with others.

There is some moderation, with the option to create publicly available content, there will obviously be idiots around who use the platform other than intended. On that front, MiniMega says:

It’s heartbreaking to think that people would use our platform for bigotry or hate speech but we’re confident that tolerance will prevail. We ask that players consider the consequences of their words and remember that love is wise and hatred is foolish.

The update is free and worth a look, as is the game itself. I must admit I hadn’t heard of Bonza until a few days ago, but I look forward to the daily challenge every day now.

Head on over to Google Play to check out and download Bonza, the Puzzle Creator update is live now. Share your custom made puzzles in the comments below. 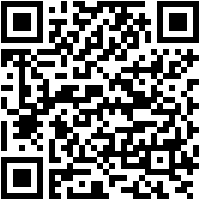