Google Play has updated their app and game Deal of the Week, with Cowly Owl offering Monster Mingle and Sikebo offering their Retrorika icon pack for just 20c each. If you’re into completely revamping the look of your Android device you’ll be intimately familiar with icon packs. Retrorika icon pack is a mix of high resolution (192×192 HDPI) vintage icons and ultra high resolution (3000×2675) wallpapers, all with a vintage look and feel.

There’s support for 28 Android launchers, Nova, Action Launcher Pro, ADW etc, so you can simply apply the icons as you would normally. There’s full support for Muzei on the wallpaper side etc. as well.

If you love icon packs, this looks like a neat one so for 20c, head over to Google Play and grab Retrorika Icon Pack now. Ok, this looks like a great game for the kids, to start with, it’s BAFTA award nominated (Childrens Award), which looks great and looks like a fun way to create your own monster and explore.

The game lets you combine different body parts to create your own monster, with options for different eyes, mouths, noses, beaks, arms, legs, wings, fins, horns and bodies, all of which help you to explore different parts of Monster Island. You’ll need to find food for your monster and keep it well fed and on your journey you’ll talk and sing to other creatures.

There’s no real ‘aim or objectives’ in Monster Mingle and it’s been stripped of third-party ads, in-app purchases and social media prompting – in short it’s a great game to put in front of your kids and leave them to just play.

If you like the look of Monster Mingle for your kids…or yourself (we’re not judging), then head over to Google Play and snag it for just 20c right now. 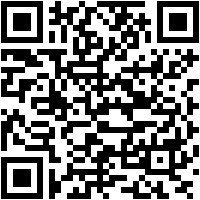 Heck, both of the deals look great this week. The game is great one to keep in your arsenal for when you’re entertaining younger kids and the icon pack looks great for any modders out there. Make sure you grab both, and use up all that Google Play Opinion rewards money.