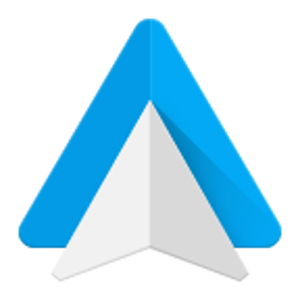 The questions we had stemmed from the announcements made yesterday, and if you’re interested in Android Auto, you should really familiarise yourself with those. There is definitely a wireless integration coming to Android Auto so you won’t have to plug your phone in to a USB cable any more. Google isn’t demoing that function just yet, but it is coming so keep an eye out for that.

There’s other features that are going to show up in Android Auto soon as well, including the option to force Night or Day mode on Android Auto – or switch to satellite view if that helps you. The Ok Google detection announced yesterday also means you no longer have to take your eyes off the road to tap a microphone to start a voice query.

Unfortunately direct interactions with the map still isn’t coming to Android Auto, for people with labelled destinations you’ll still have to create a MyMap with labelled locations and export that for use on Android Auto, which the team assures me is quite easy to do.

Though they announced Waze integration yesterday, Google isn’t going to start allowing other mapping apps in just yet though. Google did say they are interested in looking at what other platforms have to offer, but for now it’s Waze or Google Maps navigation – sorry Here! Maps fans.

Likewise you won’t be seeing an open slather approach with other apps on Google Play. Apps are carefully curated onto a focus on Google Play, so you simply keep checking g.co/androidauto for apps compatible with the system – but they basically remain limited to Mapping, Messaging and Audio. Their consultation with the US National Transportation Safety Board (NTSB) and other auto safety agencies around the world, means that user customisation of the interface isn’t really going to be an option. Google also performs a lot of their own tests on safety including occlusion testing, time to complete interactions and a lot more, to make sure Android Auto remains safe. One of the bigger pieces of news from yesterday was a new implementation of Android Auto as a standalone embedded system. The new system is a complete solution based on Android N that allows it to be used as the full infotainment system for the car. It’s different in that it’s running Android not you plugging your phone in to cast Android to the screen, which means it has a whole homescreen.

Android Auto in this instance is built on Android N with car specific hardware controls built-in, the system includes access to the CAN-Bus, the system that operates all the micro-systems like heating and cooling, window controls etc. Google has created all the back end software for this in Android N, so controls and back end for HVAC (heating, ventilation, and air conditioning) controls) and Bluetooth stack are provided for manufacturers so they no longer have to build their own custom stacks.

This is also going to be available in AOSP so literally anyone can build car controls with Android N onwards.

In their concept car, Google was using a 4K resolution centre console screen, and a 720P resolution cluster screen as the dashboard, so-called because it contains a cluster of dials. The cluster screen can also show up notifications, what song is playing, a contact card and call status if you’re calling someone.

The Home screen is a very card based system which is easy to navigate through. There’s Maps and Music cards at the top and missed calls and messages below. At the very bottom of the screen are car environmental controls and controls for electric windows etc. It’s a simplified layout much like the original Android Auto setup.

The Google Maps app – designed by a Sydney based team – has also been revamped to make it easier to see and use, the labels are larger and you also get the 3D models of buildings as you hit the more urban areas in cities – just like in Google Maps on other platforms.

This is aimed as a complete solution for car makers, unfortunately that means they will also have access to change things. Android Auto in its current form doesn’t allow for customisation by car makers or third party head unit makers. With this new system, the car makers will be able to customise it, install their own apps and basically skin the interface.

For a better explanation you can watch a walkthrough of the new Android Auto embedded system right here:

There’s a lot more coming to Android Auto as the team works on refining functions and of course there’s the wireless stuff coming which will open it up to a lot more customers.

Update:
Thanks to a question below, I went back to check on the option of Android Auto in Landscape mode on the app and the answer is yes it will work in Landscape. There’s an option in the app settings to either allow rotation or not. Once switched on if your system auto-rotate is on and you flip your phone to landscape your Android Auto app will rotate.

Have you got any questions about Android Auto?
`

I have a mounted cradle in my car that’s locked in a fixed position (landscape). I plan to run Android Auto on my phone once released. But is anyone aware if the standalone app for Android Auto runs in landscape – all the pictures I have seen seem to only show it in portrait?

I’ll ask in the morning

Thanks Dan, much appreciated! 😀

See the update above. Some pics as well.