Home Mobiles Project Ara smartphones are coming to consumers in 2017 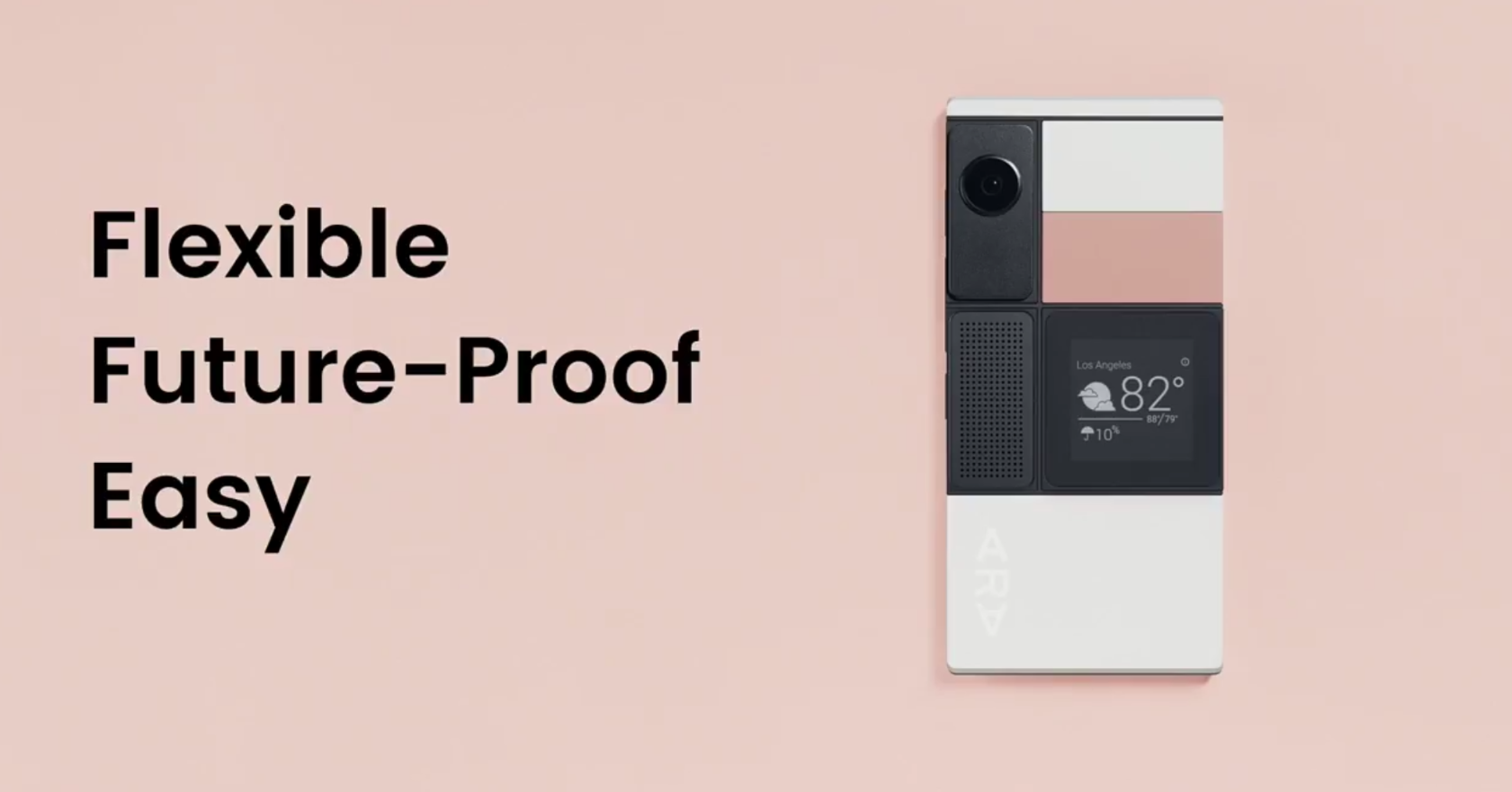 Project Ara, Googles modular phone concept device, has had a somewhat slow start to existence. All that is behind them now, during the ATAP session at Google I/O 2016 the team behind Ara proudly showed off their current developer hardware. Consumers will be waiting until 2017 to get their hands on Ara, however, a developer edition will becoming available Q4 this year.

The current generation of Ara has 6 user swappable slots for interchangeable modules. The modules come in two sizes, a single and a double module with a maximum of 2 double modules fitting in the current hardware. The team have developed modules for Cameras, speakers, storage, secondary displays and sensors at present, but are looking for more partners to come on board to expand the range. The entire platform works on a unipro network capable of delivering up to 11.6Gb/s to each module, whilst allowing seamless plug and play of modules without the need to restart the device, simply insert and use. During the demo they also showed of ejecting the module via the Ara app, which was impressive, then they demonstrated it again, this time via an “OK Google” command, it was amazing to see the module self-eject from the frame. Speaking about the potential of Ara during the session the phone seems to only be the beginning of the team’s plans with the opportunity to bring larger or smaller frames into the mix. It’s not clear if they were hinting at larger phones, tablets, smartwatches or even something completely new where a modular hardware approach could be used? According to Google, Ara will do for mobile hardware what apps did for mobile software.

With the developer edition due out this year hopefully it won’t be too long before we get a better understanding of what Ara can really offer the smartphone, and wider consumer electronics, space.

Do you think you wold trade in your non-upgradable device for an Ara device? Let us know in the comments.

It all comes down to price as to whether I upgrade.