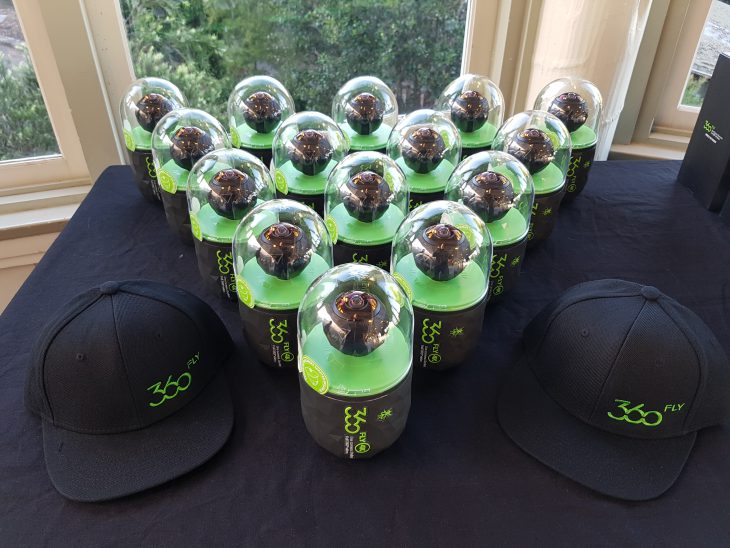 While the 360 video market is relatively new, 360fly is a name that’s made waves in the space and today they launched their newest device – a 360 video camera that shoots in 4K resolution. It’s going on sale at JB Hi-fi stores nationwide from Friday May 27 for $849.

With consumer awareness of 360 photos and video and related VR technology is on the rise, 360fly wants their cameras to be set up, turned on and left alone so you can record everything that’s happening around you without needing to worry about whether itweeks capturing a particular moment – for example, catch everything that’s happening at a party so you can relive the moments later.

The new camera builds on 360fly’s reputation for ease of use and simplicity in making it possible for everyone to shoot and share 360 video. While the camera’s external design hasn’t changed much, the company’s made changes were they matter like using a new non-slip material for the body and added some new LED notifications so you can tell what the camera’s doing more easily.

The 4K camera now comes with 64GB of built-in storage. Don’t get too excited though – 4K video takes up way more space than the previous model’s standard HD (which packed in 32GB), so you can expect to store about the same amount of video. It also supports 5Ghz wifi connections to move those big files off the camera faster, and now features dual omnidirectional microphones for better audio capture.

All of this technology is packed into a comparatively tiny – yet pretty hefty – little sphere that’s become 360fly’s signature. 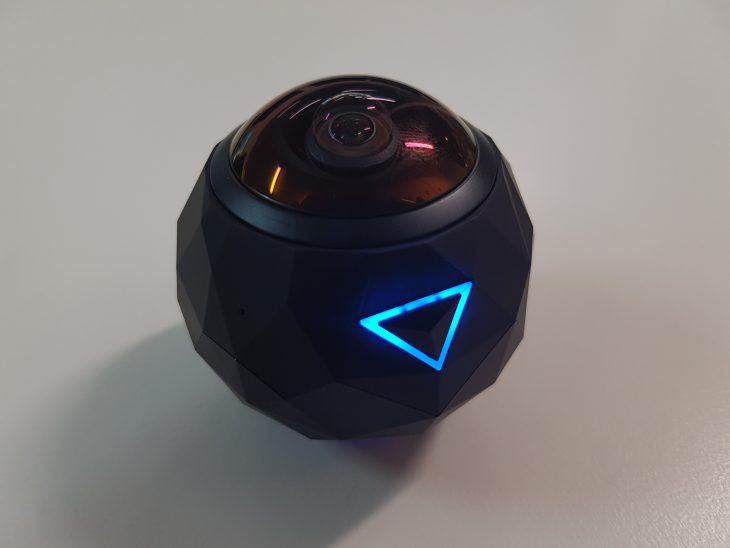 For what is essentially the company’s second generation of hardware, they say they’ve gutted their old camera and built entirely new internals for the 4K camera, with a view to future-proofing the device. There’s some innovative features on offer as a result, but while many are packed in there are some they’re planning to roll out via software updates.

What’s there at launch isn’t surprising – you can shoot video in 4K (2880×2880) resolution, burst mode is available for fast action sequences and 1-hour time lapses are also supported. Using the companion app, you can grab a still image from any direction while the camera’s recording video, and you can control ISO, Brightness, Aperture and Contrast. One nifty addition is the ability to overlay sensor data (acceleromater, gyro, GPS and compass) on the video. It’s some of the stuff 360fly is planning to add in the near future that gets pretty wild

Soon, 360fly will add motion and audio detection to the camera, making it useful for security applications. You’ll be able to use a remote Bluetooth mic to add commentary to the events that are captured on video without needing to be near the camera, use the 360fly 4K as a webcam via USB, and an “Autopilot” mode will enable the camera to change the “forward” direction on the recorded video to follow the action. They’re also working on live streaming to Facebook and YouTube, although they weren’t really ready to talk about it yet.

All of this makes for a pretty compelling package. While the 360fly 4K at $849 is a good $200 premium over the original HD model (also still on sale, too). It’s also a good deal pricier than LG and Samsung’s 360 camera models, but the difference between them is night and day – 360fly is onto their second generation of hardware, and it shows. The retail box contains the camera, an action cam adapter and a charging base and USB cable.

There’s also a number of accessories on offer to fill out the ecosystem including helmet mounts, action cam mount adapters the company’s own-branded VR headset that supports phones up to 6 inches. There’s a desktop Director app for Mac and PC, as well as mobile apps for Android and something called iOS.

Australians will be the first in the world to get their hands on the 360fly 4K when it launches this Friday at JB Hi-fi and other stores nationwide, with US retail availability in the coming weeks (you’ll see some US press launch reports next week though) – don’t say we don’t get nice things to play with first!

JB Hi-fi is pretty excited about the product too, with a dedicated 360fly subsite now online. You can also pre-order the camera while you’re there. You can also find out more about the new camera and other items in the 360fly range at 360fly’s Australian website.

We’ve got a 360fly 4K camera to review, and a city full of attractions to shoot over the next few weeks – keep an eye out for some of our video samples!