We generally like to feature Australian games here, but there’s always room for others and this game from Irish developer Gazzapper Games is pretty fun. It also helps that the developer has reached out with some codes to giveaway for the premium version.

Zem Blocks is a block puzzle game, you have a 9×9 grid with random blocks pre-positioned inside. Around the edge are dots and to play the game you tap the dot to release a coloured block into the playing area, with the intent to match 4+ blocks of the same colour and remove them from the board. You can connect blocks in straight or diagonal lines and you get extra moves or time the more blocks you remove in a hit. Clear the screen to advance to the next level.

If it all seems to much from that, just hit the learning mode in the game to get through a bit of a tutorial – but really, it’s pretty easy to pick up…but a lot more difficult to master.

If you watch the trailer above you’ll note there’s a relaxed, gentle soundtrack to the game, it’s all about the Zen here.

Gazapper Games is an Android only development house, with several games published on Google Play. Their paid game Galaxy Storm recently reached #42 in Arcade Games in Australia so there’s a bit of an audience here for them – but the games are pretty decent so maybe they should port the games to iOS.

Now, Gazapper Games have been pretty generous here, offering 10 codes for the Premium version of Zen Blocks to give away. We’re just going to do a first come, first serve basis for the giveaway, so the first 10 people to comment on this post will get a code emailed to them – based on your Disqus email. If you miss out, never mind, there’s also a free version of the game you can install and play.

It’s a pretty good game, so even if you don’t win a code, you should still check them out. Head over to Google Play and see hat they have going. 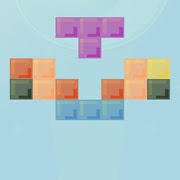 All Codes have been sent. Thanks for playing.

Hope I’m not too late.

These types of games are good for filling in a few mins.

This is my type of game!

Looks good!! Love to have a code

Looks puzzling so I will play it for sure… Thanks in advance!

This looks pretty cool! Send a code my way?