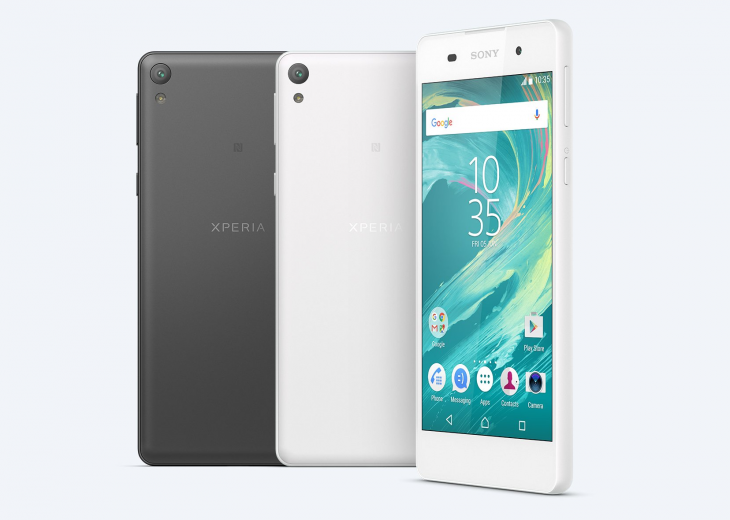 Sony has tonight unveiled the Xperia E5 handset that they leaked themselves on their Facebook page last week. As shown off then, the phone is a fairly low-end device, but it looks like a fun little handsets with decent specs and a front facing flash on the selfie cam.

The phone isn’t anything out of the ordinary when it comes to design with the familiar Sony style. The camera, as usual with Sony handsets is as usual the focus for the E5 with a 13MP shooter on the rear featuring 3x Clear Image Zoom and what they say is point and shoot perfection. A new sharing menu makes sending those shots out into the world is also a feature on the E5.

The handset will be available in Black and White, in a surprisingly boring choice for Sony, but they’re classic choices and to be honest they look pretty good:

Sony has advised that the Xperia E5 will be launched in select European countries, as well as in Latin American, Middle East & African markets from late June 2016. The pricing is set to start at €199 in Europe, but pricing for other markets hasn’t been announced.