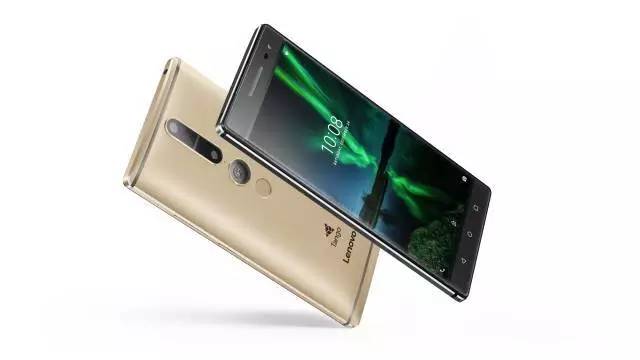 If you’ve been waiting for the first smartphone to feature Google’s Project Tango spatial mapping system, your wait is almost over. We’ve known since a January announcement at CES that Lenovo will bring the first Tango smartphone to market, and it looks like that smartphone is now closer than ever before.

Thanks to a leak on Twitter, we are now getting our first suspected glimpse of the device. On the back of a recent minor specs leak along with these images, we are beginning to get some idea of what the Lenovo PHAB2 Pro (catchy name, that) will be.

This is supposed to be #Lenovo's #ProjectTango smartphone (previously leaked as the Moto Z) https://t.co/EZzY9OQMKN pic.twitter.com/lnES0kpRtK

From all the information we have the first Project Tango phone is shaping up to feature:

That’s pretty light on details compared to some smartphone specs leaks we’ve seen over the years, so we have to give Google and Lenovo some props to be within 2 days of launch and still have such a tight lid on the device.

Ausdroid’s Editor Dan Tyson is on the ground in San Francisco (we’re thinking of just moving him there) at Lenovo Tech World, and will be attending the launch event to bring you coverage of the launch event, hands-on reporting and any Australian release details we can get.

In addition to the Tango device we may also see the Moto Z announced – if it’s not in fact the Tango phone as mentioned in the Tweet above – as well as more details about how the company expects to integrate Motorola’s technical know-how and product portfolio into its range. There could also be other Android-related products on Lenovo’s product slate.

What are your thoughts on the first Tango smartphone? Tell us in the comments!

Someone took all of 2 seconds coming up with that one. And here’s me thinking the Mach III Turbo Plus was least effort a man could get. At least call it the “PhatBoy”, everyone else will.

No need for laptops now!