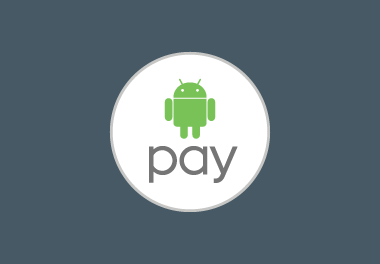 When Android Pay Australian release was originally announced in December last year it seemed like an impossibly long wait to get to the end of H1 2016 and the targeted launch of Android Pay.

6 months on we exclusively revealed that testing for Android Pay had indeed commenced in Australia. With the list of supported banks growing from the original list we still held out hope of an Australian launch before the end of 30 June 2016.

Google has this week rolled out Android Pay in Singapore, the second market outside the US to launch the service. Google has strong ties to Singapore, with their Singapore HQ the location for their Asia Pacific operations – just check your Google Store order receipts and you’ll see where you’re actually buying the devices from.

Today, we reach H2 2016 and alas there’s no Android Pay released in Australia announcement, so let us bow our heads in a moment of silence.

In the end, we’ve waited 6 months to get here, we know that some level of testing is in the works. With finances, and security on the line, we’re definitely sure we don’t want Google or the banks to rush this rollout, so we’re ok with waiting a little longer. We all want the new shiny toy, but wouldn’t it be better is that toy worked?

Banking is a heavily regulated and secure industry, this is a good thing. And I would not be surprised to learn that our banks don’t really work the same as international banks. With these regulatory and technicals hurdles to overcome I for one am forgiving of a minor date slippage if it means a reliable consumer product will be launched that will actually work for users.

We are hopeful that whatever testing Google is undertaking with the banks will ‘work out the kinks’ and that Android Pay will be released in Australia very soon. So all that’s left to do is make sure your bank support Android Pay or start shopping for one that does!

Will you be moving banks/getting new accounts to access Android Pay? Let us know below.

Android Pay has gone Live. Now in the Play Store. ANZ Debit Card added.
ING not online as yet.

Works with my Amex!

It will be interesting to see how Android Pay will perform, given it’s super late launch into a market where so many Android-using Australians already have access to tap and pay through their bank app.

I just set up Samsung Pay and used it for the first time today. Works great. Shame they only launched with Amex & Citi on board. Hopefully I can ditch the Amex card I got specifically for it once Android Pay releases. I presume you can use either on a Galaxy S7 Edge?

Part of me is also thinking that the reason the deadline was missed is because Westpac (one of the major launch partners that Google themselves had advertised) wasn’t ready to hop on board yet for whatever reason. Unfortunately, it’s not as simple to swap banks as it is to swap ISPs.

I’m OK with the delay. The original date forced the hand of my bank NAB to uncripple their HCE version (such a coincidence they updated it so close to to Android pays debut date) – so at least I have something.

ING Direct told me that they are hoping to launch Android Pay early august.

Yeah got told the same thing on their customer support line

In an email? Can you forward it on?

Hey Daniel. I was told on a phonecall to customer support on Wednesday.

Hi *****, we are looking at Android Pay around mid-August, just watch this space! More information will become available closer to the time. ^Sophia

good thing NFC payments is available on my ANZ/ApplePay

There’s an Android app for that?

Nooo, I’ve been checking ausdroid everyday for it to be announced! Oh well, might have to wait a little longer.

Sounds like they left their run too late and didn’t plan accordingly They had 6 months and cruised…. starting testing a week or two before the end of the deadline they set is not well planned. I agree that its good that presumably they are getting it right so it works. But if its true that the major banks have pulled back from the initial roll out, then some of the ‘diva’ issues of the big banks would be out of the way too. After seeing how hard it is for an individual to do banking in Korea, with the… Read more »

Used the NAB pay app for the first time yesterday, was surprised at how easy and quick it was. Pity that they aren’t going to be part of Android Pay. Pretty sure Westpac backed out too 🙁