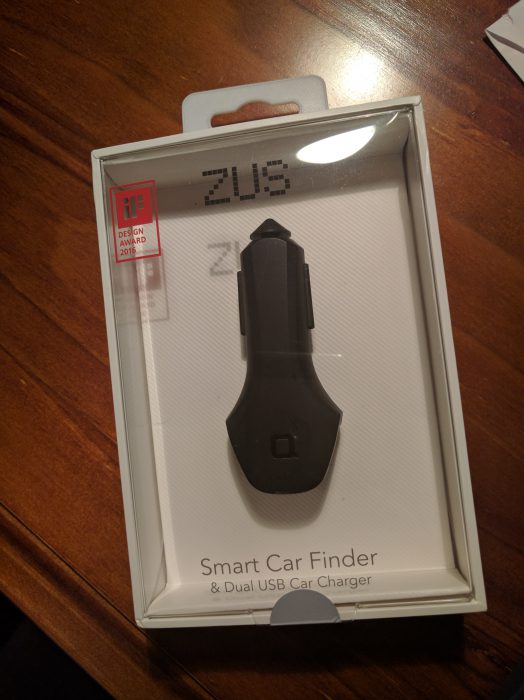 Let’s be honest, who here does not like a new gadget? Not long ago Duncan reviewed a USB cable made by Nonda Zus. When looking into this a bit further I noticed in one of Nonda Zus’ promotional videos there was a strange looking car charger. After sending them an email asking questions about it I was sent one to test out. I love a new gadget, no matter how small it is.

Nonda, a “smart” hardware startup based in Palo Alto, have created what they call “a smart car charger and car locater, an all in one device.” This is not a new gadget but with a four star rating on Amazon from over 600 reviews it appears to be an appealing gadget.

The Nonda Zus has dual USB type-A ports that charge at a maximum of 2.4A per USB port (4.8A in total). Not only can it charge faster than most other car chargers it can also locate your car. It uses Bluetooth 4.0 to connect to your phone/device via the Zus app (there is also an iOS if you are that way inclined). Through this connection the app determines and records the location of your car when it is parked.

Sounds great on paper doesn’t it? My issue is that I was originally reviewing it using a phone that was set by default to basically kill all background services. The Zus app needs to continue to run in the background if it is going to be accurate. I had given up on it. It recorded my location about 10km from where it actually was due to it not updating the location that day, instead using the location from the day before. Today I gave it another chance, testing it with the greatest smartphone ever made, the Nexus 6P.

Before making my way to the gym I paired my Nexus 6P to the Zus Smart Car Finder. At the gym in Burwood it accurately located my car. As asked by the app I used the home button rather than the back button to move out of the app so that it continued to run in the background (I know the back button doesn’t kill apps but with some devices it may). When I had finished my workout it told me where I was, on a Google Map within the app, and where the car was. It did lack a bit of accuracy, telling me I was 30m away when in fact I had the door open and was about to get into the car. While not super accurate it would have been nice for this to work when I had first tested it at Sea World, and other worlds etc on the Gold Coast.

Back at home it changed my location automatically to there/here (unlike in Queensland). I then removed the Smart Car Finder and installed it (plugged it into the 12V outlet) into the wife’s car for the drive into the city. Once in there it once again accurately located where the car was parked. After it detects the car as having been parked the app asks you to create an alarm for a parking meter alert (essential in Melbourne city with the sheriffs doing their best to ruin your day with parking tickets). While at our appointment the Zus app alerted me when it was 10min left on the alarm (parking meter). Obviously I had my phone on silent at the appointment so instead the app alerted my on my Sony Smartwatch 3- Android Wear. This was a fantastic feature that I loved.

After a race back to the car to make it in time before the council left me a nice surprise I was grateful for that reminder. Even in amongst the tall buildings of the city I was able to accurately locate the car park, which is to be expected as it does use Google Maps.

All in all the Zus Smart Car Finder worked as advertised, able to charge two devices at up to 2.4A each at the same time and also to locate your car as required, providing reminders when your parking meter is running out. When paired with a phone running decent software it ran perfectly and the app is a simple, well designed app that does what it advertises.

Will I continue to use the Zus Smart Car Finder is the million dollar question. As a charger I most certainly would but as a locator, Google Now already does this for me (plus I am getting a GPS locator hard wired into my car this weekend) so I think for some this may be a solution looking for a problem. It certainly works like it should and if this is something you are looking for I can definitely recommend the Zus Smart Car Locator to you.

The Zus Smart Car Locator can be purchased from their website or from several other online stores, including Amazon for $29.99US plus shipping. There is also a 24K gold version retailing at $500US for those with more money than sense. 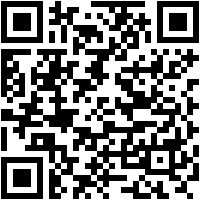 Good article. Can you please explain “but as a locator, Google Now already does this”. How does it do that? I’d like to start using it.

If you’re signed into Google Now and use Driving as your main mode of transport it does it automatically.

Does it rapid charge on the 6p