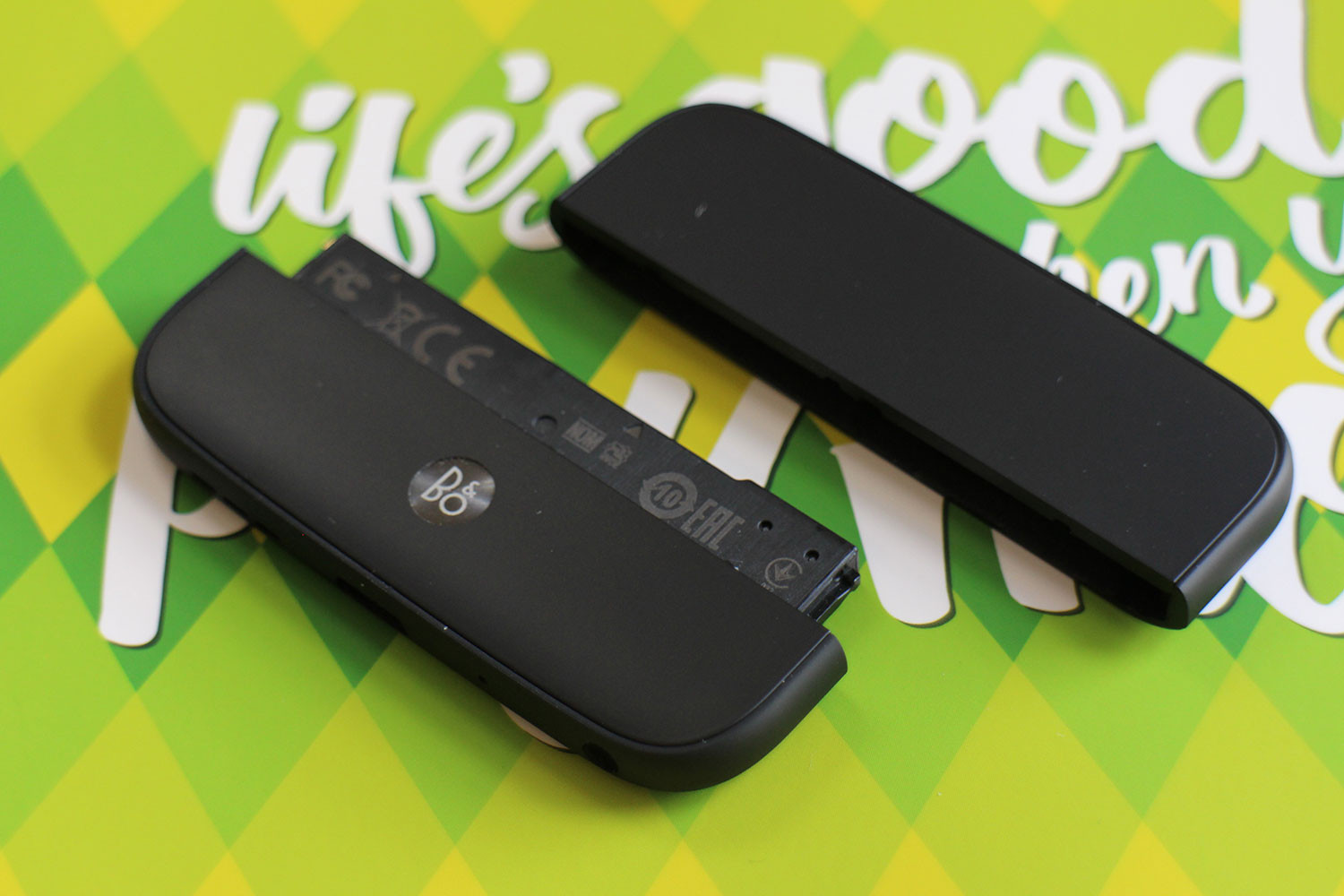 When we took a look at the LG G5 earlier this year, we focused more on the phone than its friends, and for good reason; the Friends aren’t worth a dime if the phone itself isn’t good. Rather fortunately, LG G5 was a technical success, even if perhaps it wasn’t really the consumer success that LG had hoped for.

Some of the LG Friends — modular attachments for the LG G5 — were neat, and some of them a little bit of a letdown. The LG 360 CAM is a great little unit for capturing fully immersive video and photos, and though it can be a little fiddly to export those videos and photos in a usable way (it’s not seamless to YouTube for example), the results are pleasing and worth a bit of effort. The LG Cam Plus module, though, wasn’t quite so great; a good idea — a camera grip for the G5 — but lost a bit in the execution; a scroll wheel that zoomed, instead of adjusting shutter or aperture, and a built in battery that sometimes charged the G5 and sometimes didn’t … like I said, a bit hit and miss.

We couldn’t immediately take a look at the Bang & Olufsen Hi-Fi Plus module because it wasn’t immediately available, but now that it is, we’ve taken a bit of a look.

The B&O Hi-Fi Plus is a modular attachment for the LG G5 which contains a hi-res audio module tuned by Bang & Olufsen, including a 32-bit DAC and headphone amplifier to take the G5’s (already fairly good) audio output, and to turn it into a real hi-res music monster. The module itself is small; not much larger than the G5 base it replaces, and nowhere near the bulk of the Cam Plus module. It does a lot more, too, but it is perhaps a more focused module; most people won’t need or even appreciate it.

At its most basic, the Hi-Fi Plus is a 32-bit Sabre DAC (or digital to analog converter) and a Sabre 9602c amplifier, which allows the LG G5 to play 24bit/192kHz audio. This is no modest achievement; most stand-alone audio players with such capabilities are properly expensive (we just took a look at Sony’s NW-ZX100 which retails for over $700), so being able to add this functionality to the G5 for just over $200 isn’t too bad an offering.

Better yet, you can use this with your other gear as well; the Hi-Fi Plus module hides a second USB-C port in the casing, allowing you to use it as a Hi-Res DAC for your laptop, desktop, or perhaps your other phones too (if compatible). We’ve tried it on a Mac, and it’s simply plug and play.

Hi-Res Audio is something that most people won’t care much about, as the files take up quite a bit of space, and most devices can’t play them back at high quality anyway. The average five-minute song in an appropriately high-resolution format is anywhere from 60MB to 150MB depending on encoding.

However, even after repeated listening of ordinary tunes vs high-res tunes, or the same high-res audio through the G5’s normal headphone jack and then the Hi-Fi Plus jack, there’s not a major difference. That said, the Hi-Fi Plus module does produce sound that is crisper, clearer, and perhaps even more pleasurable to listen to. It also does away with static, hiss, and pops which some phones can produce.

This is where the Hi-Fi Plus module excels; playing high-res audio through compatible headphones to deliver a much more enjoyable experience, but you’d need to be an audiophile to really enjoy it. For everyone else, the difference just might not be there.

Either way, the Hi-Fi Plus module makes your music sound great, whether it’s designed for hi-res playback or not. Whether that’s something you want to shell out $229 for is a question entirely for you.

What does it not?

The Hi-Fi Plus module adds high-res audio functions to the LG G5, but if you’re not taken with the LG G5, you can get the same capability built in to some other phones, including HTC’s 10 and Samsung’s Galaxy S7 and Galaxy S7 Edge. Many of Sony’s current phones support high-res audio natively too.

As we noted above, it does improve the listening experience even with normal quality music, but there is one particular fact that you can’t avoid; you can’t create higher resolution music where that data simply isn’t there to begin with. You could achieve a similar ‘upscaling’ effect by other means, including tweaking your equaliser, using different headphones, and using a standard headphone amplifier.

In some environments, even with high-res audio, the Hi-Fi Plus module simply won’t make much difference. It’s great in a quiet room or in an office without a huge amount of background noise, as these environments allow you to hear the nuanced aspects of the music you’re listening to. However, if you’re in a noisier place — as we often are, when listening to music — you probably won’t be able to discern these high- and low-lights anyway. On a train, in a car, or walking around in the city, I simply couldn’t hear any discernable difference.

If you’re an audio nerd and love high-res audio, and you happen to have (or are prepared to buy) an LG G5, this will give you great audio quality enjoyment wherever you happen to be.

If you don’t have an LG G5, chances are you’re not going to go buy one just to buy and use this module; there are other options out there. If you do have the G5, though, this is an affordable way to get into high-res audio (and making your normal tunes sound a little better, too).

My only gripe would be that it’s black, and most LG G5’s are not, so it looks a little odd. If it came in titanium like the G5 did, it’d be a killer.

The Bang & Olufsen Hi-Fi Plus module is available for $229 from selected Telstra stores. My advice would be to go to the larger stores rather than smaller ones which are likely to be franchised, as not all stores carry this product.

“The Hi-Fi Plus module adds high-res audio functions to the LG G5, but if you’re not taken with the LG G5, you can get the same capability built in to some other phones, including HTC’s 10 and Samsung’s Galaxy S7 and Galaxy S7 Edge. Many of Sony’s current phones support high-res audio natively too.” This doesn’t add Hi-Res audio to the G5 (it supports out of the box) – the module ads an additional DAC and AMP – LG was one of the first to introduce Hi-Res audio playback with the G2 and every flagship since has supported this out… Read more »

Technical success is the right term; the G5 has brilliant hardware, but the modules and the confused messaging didn’t really lead to successful commercialisation. The innards of the G5 are very, very similar (in fact, probably 95% the same) as the other flagships.