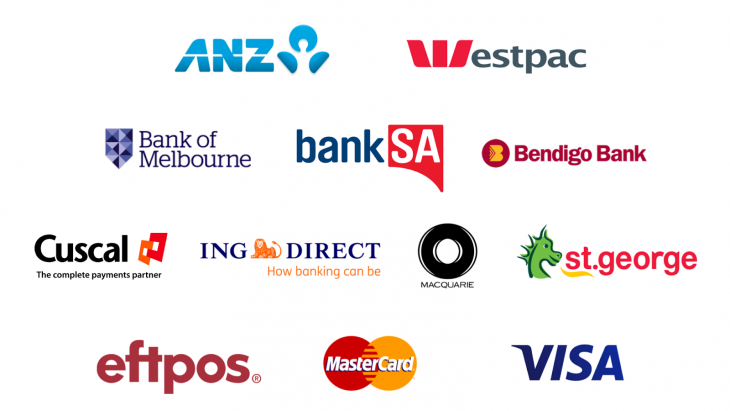 So, Android Pay launched today, and you’ve discovered that the carer of your money, your bank, either doesn’t support Android Pay yet, or worse, doesn’t have any plans to. We’ve heard that Commonwealth Bank has no plans to support Android Pay (because it has its own proprietary solution), and National Australia Bank appears to be in the same boat. How disappointing.

Right now there is no news but our community will be among the first to know when we have an update on Apple and Android Pay. ^Lee

Hi Cooper, at this stage Westpac & the St.George Banking Group are intending to launch Android Pay later this year. 1/2

NAB won’t even tweet about Android Pay, instead pointing customers at its NAB Pay product, which doesn’t support all its cards. Brilliant.

What if you bank with one of these banks, or if you bank with a smaller credit union or other financial institution that isn’t one of the supported banks? Well, you’re not entirely out of luck. Of course, you can change banks, but this can be a bit of a task; I’ve just recently finished doing this, in fact, so that I could move my banking to ANZ to take advantage of Android Pay. This was perhaps a little easier for me than it might be for you — I don’t have a mortgage with my bank, nor any loans, just a couple of transaction and savings accounts, and a credit card.

However, if changing banks isn’t an option for you, or you just can’t be bothered to jump through those hoops to take advantage of Android Pay, don’t give up — there might be another option.

Chances are, like most people using Tap n Pay, you’re using it for day to day purchases, like buying your coffee, fuel, maybe a small grocery shop or the like. If you can manage your spending appropriately, the best option for you might be to get a low-rate credit card from one of the supported banks.

Take ANZ for example; they offer the ‘ANZ First‘ credit card. We’re not going to go into the relative merits of ANZ’s cards vs the other banks, except to note that

If you were to take up one of these cards, you don’t need to move your banking, and you can pair it with Android Pay to use for your daily purchases like coffee, your lunch, filling up the car or whatever. You can avoid paying interest if you pay off the balance in full each month, which you can easily do with a direct debit authority from your existing bank account held elsewhere.

By doing this, you can use Android Pay and keep your banking with whichever bank you like, and at the end of each month, your balance will simply come out of your nominated transaction account. Of course, you may find that moving banks entirely is preferable to opening a credit card account, but this might be one of the easiest ways to get on board with Android Pay in just a few days.

Just spoke to my bank (St. George) apparently the staff are currently in training for both android pay and NFC payment via the St. George app. She said that it is likely to roll out in the coming weeks/months (hopefully soon)

Their Tap & Pay is ready to rock in the app, but will be limited to Samsung phones – http://ausdroid.net/2016/06/22/st-george-bank-sa-bank-melbourne-will-getting-tap-pay-functionality-mobile-banking-app-limited/

They said months away for Android Pay.

That is disappointing – I have been itching to tap and pay with my phone – but apparently the stars haven’t aligned for me yet. Definitely not a feature that I am willing to change banks or go out and buy a new phone for.

What does Android Pay offer that say the CBA solution doesn’t?

It’s just a bit tidier. I never really liked CBA’s Tap n Pay solution. NAB’s isn’t too bad, and ANZ’s works well, but Android Pay just means you can use all your cards — regardless of bank — from the same wallet app with the same experience.

What happens if you have both NAB and Android Pay setup? Does it ask you which one you want to use when you scan?

You have to set one as a default. You can then use the non-default one by opening that app and having it in the foreground when using tap’n’pay (though you have to turn this feature on, it’s in the system settings under Tap To Pay, called foreground priority or something).

I’ve not tried it yet with Android pay but if it works with ING Direct, you can sign up to an everyday account online for free (no fees) with a visa debit card and just transfer cash into that account with a direct debit transfer from your regular accounts.

A stupid title to attract readers…looser…now start trolling me

clearly visible that its a paid article from ANZ..lol

As we’ve repeatedly said in the past, any sponsored content is put under the category ‘Sponsored Content’. Chris recently changed banks and was impressed with the service.

Quite frankly so am I. After listening to their CEO this morning at the Android Pay announcement and their intention to be as welcoming to customers and support all platforms that their customers want, be it Apple Pay, Samsung Pay or now Android Pay.

I used ANZ for an example because they’re one of the few banks with a widely accepted card scheme (Visa) that’s already supported by Android Pay right now.

Amex is an alternative but they’re not so widely accepted.

This isn’t a sponsored piece. Get real.

All of the 28 banks who have signed up for Android Pay have a Visa card – MasterCard and eftpos haven’t launched Android Pay yet.

Any idea what voodoo is required to pass the Android Pay device compatibility check on the Play Store?

What device do you have?

Definitely no root, not sure if this would work on non stock roms.

It should be just a device running Android 4.4+ and has NFC.