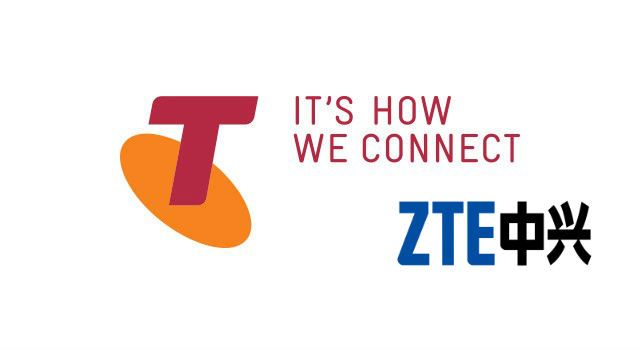 Telstra has a long history of selling ZTE phones with their own branding on them, and we can add two more to the long list with the Telstra 4GX Plus and Telstra 4GX HD appearing on the ZTE Australia website.

The phones are fairly low-end, but come with LTE radios, as you’d expect with both handsets carrying the signature 4GX branding used by Telstra for their 4G network.

The ZTE handsets tend to be fairly stock Android, but even at this end of the range there’s differences with the Telstra 4GX HD listed with Android 5.1, while the Telstra 4GX Plus listing Android 6.0 as its basic software. As for other specs, let’s take a look.

The Telstra 4GX Plus is a fairly decently specced smartphone for the $99 price tag, with a 5″ display, Qualcomm processor and running Android Marshmallow. The 4GX Plus also has support for Telstra’s 4GX network and has received their Blue Tick certification for use in regional areas. The phone has two colour options of grey or white, it’s not much but it’s still an option. In terms of specs you find: Telstra and ZTE are pushing the 4GX HD as a handset with a ‘Slim & stylish design’, it’s available in Black only and looks fairly decent with capacative buttons on the front. On the Telstra website, the 4GX HD comes with the Telstra Blue Tick for use in regional areas. As for under the hood, the specs include:

As usual ZTE has supplied a full Quick Start guide for the phone on their website which contains a few bits and pieces if you want some more information. The Telstra 4GX HD is locked to the Telstra network and is available to buy now for $149 from the Telstra online store

The Telstra branded ZTE handsets are nothing to really get excited about but for the right price they could do for a nice little secondary Pokemon Go handset if you’re that way inclined. Check them out now on the Telstra website.

The battery life on the Plus is terrible. With the phone left on with WiFi and data off and no use, it’s pushing to last 24 hours. A couple of short phone calls and you can say goodbye to 50% of the battery.

The 4GX HD is a rip off joke. Typical Telstra. You can get the same specs with Optus with a bigger battery for $119. And the Optus one is running 6.0.1 not Lollipop. Telstra blows as usual.

Daniel thanks for the timely article. I was just asked for a phone recommendation for the mother-in-law.

They are in regional Victoria with only Telstra coverage.
The Telstra 4GX HD would be perfect with Android 6.0, based on how much better my Nexus 5 runs on it. Its the current winner.

Can you recommend any other phones in the sub $200 mark?
I’d prefer to pick it up from a store if possible.

Thanks for the review.
I have been using the 4gx HD for about 2 weeks as a stand in phone since my un-backed up Galaxy S7 went into lake Tuggeranong.
I am surprised at how well it works.
Does many things very well.
Seems very fast getting on to internet sites and battery is good, screen looks good, phone feels as good as any to me, very easy to hold and navigate.
For $150 it seems to be a pretty good deal.