Home Mobiles Get ready to see the Huawei P9 everywhere with a massive marketing... 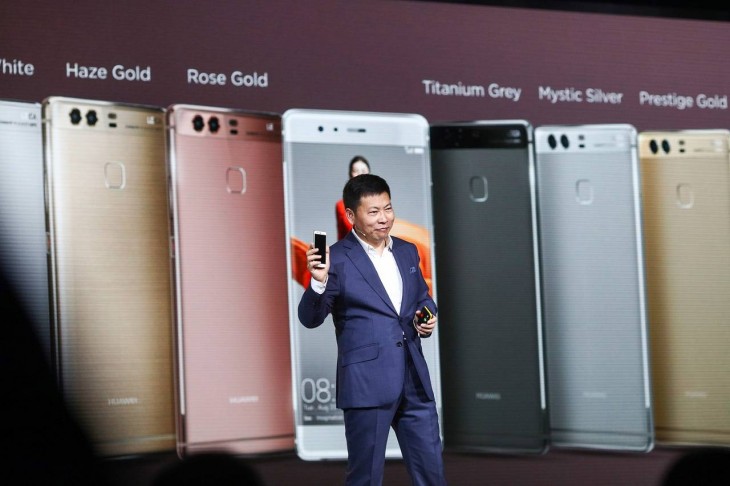 Huawei’s latest P-series handset is now on-sale in Australia, and to back up the launch Huawei is moving forward with a big marketing push that should see the phone put in front of as many people as possible.

The marketing campaign will feature the P9 in many different mediums, you’ll see it on billboards, busses, in magazines and newspapers, at the cinema and of course on TV. Huawei will start airing their TV commercial starring Scarlett Johansson and Henry Cavill on Foxtel and Sky on Thursday 28th of July.

The Huawei P9 takes our consumer product range to a new level and now we have a marketing campaign to match its sophistication.

It is a really exciting time here at Huawei, not only launching our single biggest marketing campaign ever in Australia, but also to see Huawei on TV for the first time in our 12 year Australian history.

As well as the usual channels, Huawei will also be making a concerted push online with both advertisements on websites and of course you can expect to see more on their social media channels.

They will also be continuing their pop up stores with five roadshows heading to shopping centres, as well as running store in store activations and promotions across Australia.

Huawei has been building brand awareness in Australia over the last few years, with sponsorship of the Canberra Raiders. Raiders fans will also benefit from the marketing push with the Raiders giving away a P9 for every try scored in home and away games over the next eight weeks until end of season.

The Huawei P9 is the most widely available handset that Huawei has ever launched in Australia with all 4 major carriers – Optus, Telstra, Vodafone, Virgin – all offering the handset on contract. Customers wanting to buy the handset outright can also purchase it from JB Hi-Fi, Harvey Norman, Leica Boutique and Digi Direct for the $799 RRP.

I’ve been using the Huawei P9 for a month now, I will get to writing down thoughts very soon I promise. Suffice to say though the Huawei P9 is an excellent improvement over the P8 with a refined design and a much improved camera experience.

For now though, expect to see the Huawei P9 everywhere over the coming weeks and months, it’s a very good phone and it deserves this additional attention.

If you’ve already jumped onto a Huawei P9 what do you think?

Brilliant camera and hardware crippled by yet another blotched user interface and slew of poorly designed baked-in vendor bloatware. Sony learnt, Samsung learnt but why must newcomer Huawei insist on making the same silly decision?