I’ve been travelling around various cities around the world for a while now, using Google Maps Transit information to catch trains, busses, trams and ferries. It’s worked pretty well for the most part, but real-time tracking, though it exists, is a bit sparse for Google. This is where Embark comes in. Embark offers public transportation information in over 60 cities across 15 countries with live, real-time tracking.

To start with the app is really good looking. It’s not actually Material Design, so there’s room for improvement there, but it’s easy to use and when trying to navigate around a new city, that’s what counts. It gives step by step instructions from either your current location to your destination in a clean layout.

The app includes live data for every city on Australia’s east coast, but also supplies public transport info for a number of cities in other locations. The beauty of Embark is that it does away with several apps to find your way around, incorporating all modes of transport you’ll find within a city.

You can save your favourite routes in the app, a handy tool for getting around town or when you visit another city semi-regularly.

The app is available on both iOS and Android, but there is one feature missing from the Android app – Uber integration. On iOS users can check on where the closest Uber is and then get an approximate cost to take you to your destination, then order it instead of waiting round for a bus, train, ferry etc.

Embark is good, it’s got a lot of features and easily picked up my location here in Canberra and showed me how to get back home using public transport. But it’s not perfect. To get a bus to Queanbeyan I have to change providers to another bus company and though it listed the bus number, it didn’t say ‘Change from Action Buses to Deanes Buslines’ at any stage so there’s small flaws, but they’re acceptable.

I do like Google Maps Transit, but this could sway me next time I travel abroad.

If you want to check out Embark, it’s available now on Google Play for devices running Android 4.3 and above. 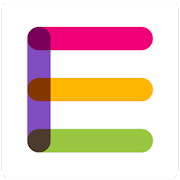 Didn’t realise you were a fellow Canberran.

Catching busses from Queanbeyan is a lost cause. Might as well walk, it’d take just as long.

From my place in Jerrabomberra to Tuggeranong, it’s 15 minutes by car, less than 40 minutes by bike or who knows how long after catching 3 busses.

Definitely, that’s why I have a car. We looked into catching buses and the cost and time were just stupidly high.

Off topic, but why do you use Playboard for links to the app?
It seems to be an unnecessary step to access the actual app on the Play Store.

It looks a little nicer. That’s about it.

Moovit is another very good app for transit directions. (I have no affiliation with the app)

Same same; I use Moovit, it’s great, and may well have much more coverage than this Embark app.

Embark does look pretty, at least?

I like to support Australian developers and if we all saw a small amount of installs and didn’t install an app based on that logic no app would ever get off the ground.

If one app gives a vastly greater coverage than a local developers version, I am going to go with the one that gives the better coverage.

If an app focused on local usage (for that users area) has higher installs, it is likely to have better worldwide coverage, no? When Embark can compete on that level, I’ll look at it again.

It’s already competing, they have coverage on a global level as well as locally. I’ve used both, I prefer Embark.

Android works in over 15 countries around the world.

The app has less than 5000 installs on Android because it has only just launched, not because it’s lacking.

Be sure to let us know if you’ve got any feature ideas and we’ll get them into the backlog.

Needs android wear support, if it had that (with stop alerts) then I’d stop using MooveIt.

Same. I wouldn’t buy Australian goods simply because they are from Australia. I buy goods that are best bang for the buck, irrespective of whether they were made in sweatshop China or elsewhere.

You. Are everything wrong with the world.