Noisli
A couple of weeks back we had White Noise Generator on sale, this week we get Noisli an app that mixes sounds together to create high quality ambient sounds, as well as colours which they say will help you ‘focus while working and to boost your productivity’.

Noisli lets you mix and match sounds, then save those combinations for use whenever you want, even offline. The noise generated can be set to a timer, and plays in the background while you’re doing other things on your device.

There’s a number of benefits, which Noisli says you can use in a number of situations, including:


The app is also useful in many other situations, such as help during your meditation or yoga classes, helping with insomnia or to relax before going to sleep, relaxing while reading, reduce stress and relieve anxiety, soothe headaches and migraines or at the spa, during massaging sessions and for parents to help your baby fall asleep. Noisli is also used to mask Tinnitus and to help with ADD and ADHD. With Noisli you can improve your health and feel better.

There’s quite a variety of sounds you can mix, including various water and wind effects, relaxing wave or beach sounds or even a fireplace. There’s loads including rumbling Train, Coffee shop and more, there’s even colour noises like ‘White’, ‘Pink’ and worryingly…Brown Noise.

The app looks amazingly good, with easy to use sliders and scroll wheels to select noises, and set timers.

If this sounds like what you need, then Noisli is on-sale for 20c now in Google Play. 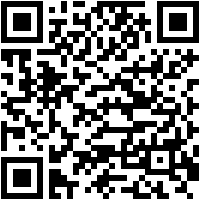 The game looks both beautiful and comes with a great soundtrack that matches in with the puzzles in the game. The story of the game as described by the developer:


An angel of heaven comes to Jennifer in the form of a butterfly. This plane of existence mirrors the serene world she left behind, but there are secrets – memories – hidden here. As Jennifer collects the shards of her memories, she confronts many trials, but the happy memories and her strength of spirit solidify her resolve, spurring her onward. With her guide at her side, Jennifer sifts through time and space, reverses gravity, and does the otherwise impossible to find her happiness and her way back to heaven. Jennifer will uncover the truth; she will reach the end of her Lost Journey.

Check out the trailer on Google Play now.

If Lost Journey looks like something you want to play, head over to Google Play now and check it out. 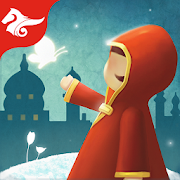 It’s a bit of a weird one this week, if there’s any updates we’ll let you know, but for now it’s Noisli and Lost Journey so grab them both now.

And if you missed out on last weeks post, then you can still grab Pocket Workouts Champion for just 20c, but unfortunately Carcassonne has reverted to $4.99.