It’s Wednesday, and has Google Play got a deal for you. As part of the Google Play App and Game Deal of the Week, Cameringo and Colin McRae Rally on-sale now for just 20c each. Cameringo+ Effects Camera
If you haven’t got enough photo effects from Instagram or one of the previous App deals of the day, then Cameringo is a pretty good option.

Featuring over 300 customisable live filters and 20 frames, you can also add neat effects like faux HDR or little planet to your snaps. Hipsters will rejoice with all the classic 16mm and super-8 camera filters you’ll find inside. There’s also video filters including slow and fast motion video, pause and resume and drawing for devices running Android 4.3 and above.

For selfie addicts, the ‘virtual flash’ which lights up the whole screen when taking a selfie, will make taking that late night selfie a breeze.

If you think Cameringo is right up your alley, head over to Google Play and grab it for just 20c right now. 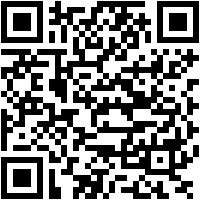 Colin McRae Rally comes with all the cars and tracks from the classic PlayStation version of the game, including 30 rally stages across three environments including tracks through the Australian desert, the mountains of Greece or even the twisty roads of Corsica. All the cars are there from big name rally manufacturers such as Subaru Impreza, Mitsubishi Lancer Evolution VI, Lancia Stratos and of course you can drive Colin McRae’s Ford Focus.

If you’re old enough to remember the Arcade game, or just love a good rally game, this is a great deal so head over to Google Play and grab it now.

At 20c you’d have to be mad to go past Colin McRae Rally, but really at 20c per app just grab both of them.

Unfortunately it looks like last weeks app deal, Noisli, has reverted to its usual price of $2.99, but good news is that Lost Journey is still at 20c – so grab it while it lasts.