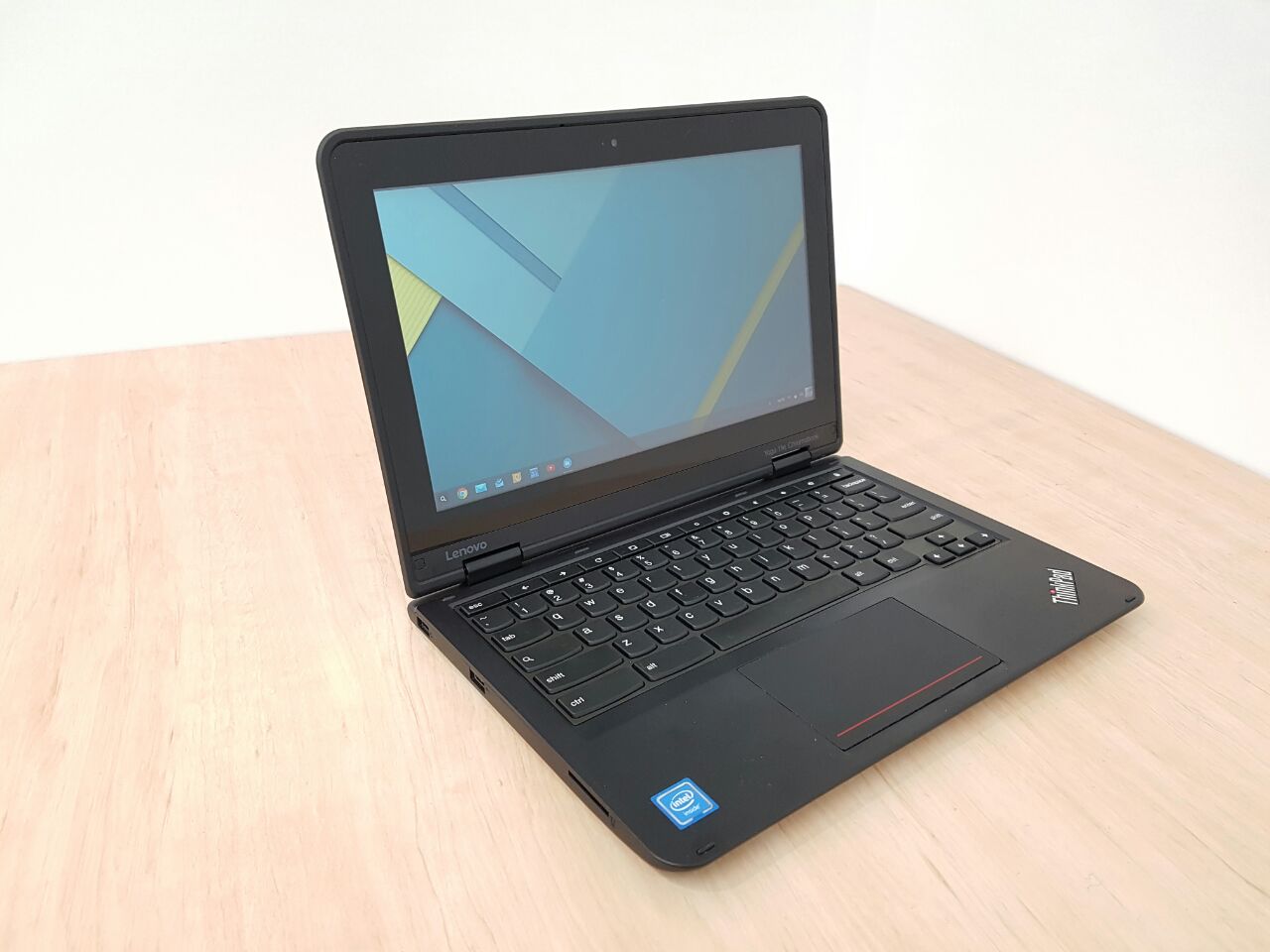 ChromeOS is a bit of a favourite amongst many of the writers at Ausdroid, and as a result, Chromebooks are also something we are very interested in. With Android Apps launching in beta on select Chromebooks it won‘t be long until everyone can enjoy their favourite Android apps running natively on their ChromeOS devices, and that has us even more intrigued.

The solution for Chromebooks? A touchscreen of course. Enter the Lenovo ThinkPad Yoga 11e Gen 3 Chromebook, now that’s a name. The ThinkPad Yoga 11e is primarily focused on the ‘student’ market, between it’s smaller (although not ‘lighter’) form factor, Milspec construction and long battery life (thus the weight) it’s one mean piece of hardware.

Let’s face it when it comes to building laptops, regardless of the OS, Lenovo knows their stuff. Some of their designs may be a little utilitarian but at the same time have an unmistakenly “Lenovo” look, especially the ThinkPad range with its almost iconic design language, pedigree and build quality.

The question is how does a ruggedised, touch screen, ThinkPad running ChromeOS feel? Read on to find out.

The Lenovo ThinkPad Yoga 11e Gen 3 Chromebook, we’re going to call it the Yoga 11e from here on out, is an 11.6” ruggedised Chromebook with a HD touchscreen featuring a 360 degree (ish) hinge. The hinge allows the Yoga 11e to be used in laptop, flattop, display, or tablet mode.

The device weighs in at a hefty 1.5 KG, a function of both its military specification (rugged) design and large 42Wh battery capacity. At only 300 x 210 x 22.3 mm in size it’s smaller than an A4 piece of paper in length and width and easily fits in most smaller laptop or carry bags.

This is not a metal laptop, no, it’s unashamedly sturdy plastic, finished with the familiar ThinkPad dimpled black rough finish offset by a smooth sparkled top panel. The iconic ThinkPad logo is emblazoned in its rightful place on the front right of both the device and the keyboard. In a little flourish of coolness, the dot on both (inside and out) i’s is a LED that glows Lenovo red when the device is powered on, a needless touch that somehow felt more than it is.

The keyboard is solid if a little “clicky” and loud. My nighttime typing is tolerated at best at home, and the number of unfavourable sideways glances I got while using the Yoga 11e’s keyboard was far more than usual. I actually liked the reassuring clickiness of the keyboard, I think my wife was not a fan of the noise.

That said it gave a surprisingly good type for such a small keyboard, I am not small by any measure and would prefer a full sized keyboard, however, I have typed out much of this review on the 11e’s keyboard and found it as fast and accurate as any other.

The trackpad is a different storey. The actual responsiveness of the trackpad movement and clicking is great. However, Lenovo (or perhaps ChromeOS) needs some serious palm rejection or the ability to toggle off the trackpad.

I normally use my Chromebook with a Logitech MX Master Bluetooth mouse so I had no need for the trackpad. If I got $1 for each time the cursor jumped from an unintended tap I’d be able to buy a few of this Yoga 11e’s for myself( Which I’d be tempted to do).

The display was a little washed out compared to all of my other displays (PC’s laptops, Chromebooks). I wondered if this is a result of the touch layer, the HD (1366×768) resolution on an 11.6″ display or simply the part Lenovo chose. If the device had a weak point, this would be it. That said I quickly adapted to it and it wasn’t a serious detractor to the overall experience.

The touch display was excellent and has almost made me decide that any future display of mine will incorporate touch, even for my windows desktop PC. To be honest I reached out for the display less with this 11’6” model than I did with a smaller 10” unit I reviewed recently. I’m not sure why that is but the times I did it was great to get that interaction and enhanced the overall experience.

There were a few instances where I used the Yoga 11e in what I call “display mode” where the hinge is flipped around to rest on the keys with the monitor facing out as a “tv”. At these times touch control of videos was obviously invaluable, there being no keyboard, and really showed the versatility of both touchscreens and the Yoga 11e’s convertible nature, even just using ChromeOS.

Chromebooks rarely have “top of the run” specs. The OS simply doesn’t need it and is built for simplicity thusly the requirements of most of the applications just don’t require a lot of grunt. The Celeron N3150 chip paired with 4GB (the minimum for ChromOS to be usable) provided a stable and reliable platform.

During my use of the device as my primary non-Android device, for research and writing as well as general daily use, it was easily able to handle my multitude of windowed Chrome applications and open tabs in the browser all going at once. The Yoga 11e was able to keep up with my slow internet connection perhaps if you had all the bandwidth you may notice a slow down here or there but I simply never experienced any.

The full rundown of the specs are:

Let’s face it , you just shouldn’t be taking photos with your laptop/Chromebook, and if you are, you’re doing it wrong. However, web chats and online meetings are a real thing. I used the 720p camera for a Hangout with my family while they were away and it was great.

The integrated camera and mic were more than sufficient for a decent video chat and would even capture a decent still image in an emergency.

The Yoga 11e has all the connectivity you could want out of a laptop, WiFi up to 802.11ac, check. Bluetooth sure does. NFC…. well I’m not tap-to-paying with my laptop so I’m ok it’s not in there.

I found the WiFi speeds just the same as every other device I have and experience no issues connecting to multiple networks or roaming across access points. Bluetooth was solid for audio, however, in ChromeOS, there seem to be some issues with some Bluetooth peripherals that is not restricted to this device, so it’s unfair to think it’s caused by Lenovo.

The Yoga 11e just lasted and lasted. I would only charge it every 3rd or 4th night, with at least 2 hours usage per night, or so and it was never empty. That’s with the screen brightness turned up high and all the radios on and connected to something.

I can’t comment on its 12-hour battery life but I wouldn’t be surprised to see it last for near that time under the right conditions.

Unfortunately, Lenovo has chosen to go with a proprietary charger, not uncommon in the laptop space for sure. However, with USB C looming on the horizon it will be interesting to see if Lenovo incorporate charging via USB C in the 4th Generation, hoping they do make a next gen version of this great little laptop. I actually left the charger at home for a long weekend trip, thanks to the battery I managed to get though with reduced usage but 50% battery remaining.

One of the great things about Chromebooks, is you get ChromeOS. I mean this in multiple ways. Firstly you sign in with your Google account and a few minutes later you have an exact replica of your Chrome working environment, all of your extensions, all of your favourites, everything, it’s just ready to use like you’d owned it for years.

Secondly, I like using ChromeOS. Does it does everything I need, there are a select few tasks (gaming aside) that I still prefer to do on my windows PCs such as working with images and videos or podcasting, due to microphone drivers. That said for everything else my Chromebook has completely replaced my windows machines. However, with Android apps about to come to many ChromeOS devices, this could all change for the better.

Lastly, the implementation of ChromeOS is the same regardless of who made the device. No skins. No bloat. Nothing, just ChromeOS as if this was a pixel made by Google themselves. It’s nice to buy a machine and knows that you’re deciding on what hardware you want and knowing that you’re getting exactly the software you’re expecting.

I know it’s unpopular but I’d like to see this software model more in Android devices. Ahhh, I miss thee, Android Silver…..

With ChomeOS evening the playing field for OEMs building Chromebooks those manufacturers can either just pump out a device or choose to try and do something special that may differentiate them in the market. With the ThinkPad Yoga 11e Gen 3 Chromebook, I have no doubt that they have managed to stand out in what can be a stale and “me too” Chromebook market.

Between the solid, and apparently damage resistant construction, 360-degree hinge and touchscreen the Yoga 11e has a lot on offer that most other Chromebooks just can’t match. Every part of the device was solid and well made and really gave the impression that it would stand the test of time, this is especially important considering their student target market.

From a performance perspective, you won’t be mining bitcoin or rendering videos but that’s not what a Chromebook is for, at least for now. With Chrome’s lightweight nature and 4GB of RAM the Yoga 11e just sings.

If I was to nitpick, I could find issues with this device, no USB C, use of a HD, not FullHD display or the use of a proprietary charger. However to focus on any of these things would be to avoid the whole package, and the Lenovo ThinkPad Yoga 11e Gen 3 Chromebook delivered a great ChromeOS experience.

One thing is for sure, I hope Lenovo send this back to me when Android on Chrome goes out for wider release on Chrome, I think between the touch screen, performance and convertible nature of the device this may be one of the best ways to experience it. The Lenovo ThinkPad Yogo 11e Chromebook retails for $799 AUD, find out where to get it from Lenovo’s website.

So should you buy it? Yes, I have no issues recommending this to anyone who has got this far and is interested in getting a Yoga 11e. 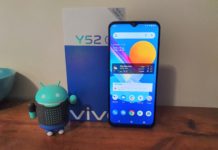 I paid almost $2k for my Pixel.

Where can I buy it from and whats the price?

Lenovo sells them direct, there’s a couple of configurations for you to choose from. http://www3.lenovo.com/au/en/fastsearch/?text=thinkpad+11e

That is an expensive expensive chromebook! Amazon is shipping a bunch of chromebooks to Australia for a lot cheaper – I’ll probably go with them.