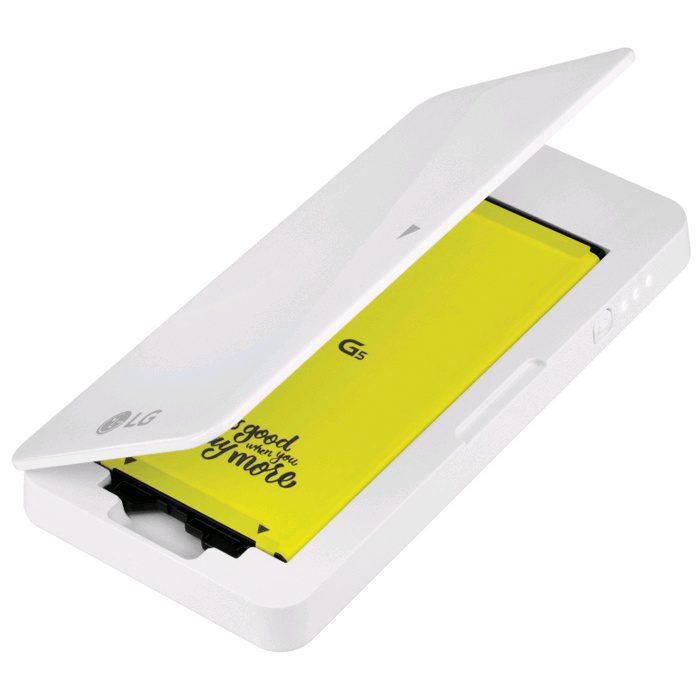 We’ve spoken about the LG G5 plenty, and it remains one of my favourite phones to use, not the least of which is because it has a replaceable battery, and that you can easily get spares. The LG G5 spare battery kit, pictured above, is available for $69.95 from Telstra stores, and is more than just a battery — it comes with a charging carry case too, which you can even use to charge your other gear, if your G5 isn’t in need of a boost.

Why are we talking about this again? Because LG are talking about it. Fear of missing out (or FOMO as the young folk call it) is something a number of companies have spoken about this year, and they’ve laid the blame squarely at the feet of battery life. With most phones having decent cameras now, and software that isn’t too bad, the last frontier is battery life — or rather, the last difficulty to overcome is batteries that don’t last a full day. Some phone makers are challenging the issue with bigger batteries, others optimising their software, and LG are kind of taking a three pronged approach; optimisation, decent battery size, and the option to throw in a fresh battery.

LG G5’s battery is pretty good, but given a pounding, it certainly can struggle to make it through a full working day (I’ve tried, trust me). There are more serious issues at hand, though. LG’s study of 2000 smartphone users in the US found that up to 20% of those surveyed claimed that their lack of battery life had led to unanswered texts to loved ones, causing serious arguments. Fortunately I’ve not wound up in that situation … a good one to avoid.

Anyway, if you did wind up with an LG G5, you can grab a spare battery from most Telstra stores, and considering the charging case and functionality, it’s not a bad buy for just under $70.