Home Mobiles Apps, Games & Google Services Twitter is getting ready for the Olympics in a big way, with...

Twitter is already getting ready for the Olympics, they’ve curated the lists of teams and athletes in the games into handy lists for you to follow and over the next few days they’re going to be rolling out a heap of new emoji.

The Emoji is Twitter specific so you can’t get a lot of these using any app, unfortunately Apple, Google et al. aren’t able to throw new Emoji down the pipe that fast. The Twitter Emoji are activated using a hashtag system and you can get a team flag for each of the 207 countries competing in the Olympics, including one for the Refugee Olympic Team (#ROT) – Australia is of course #Aus. You can also combine your flag emoji with sports emoji, with the option to include a custom emoji for one of thirty sports – including #EquestrianDressage and #SynchronisedSwimming, with the emoji from the official Rio games website. 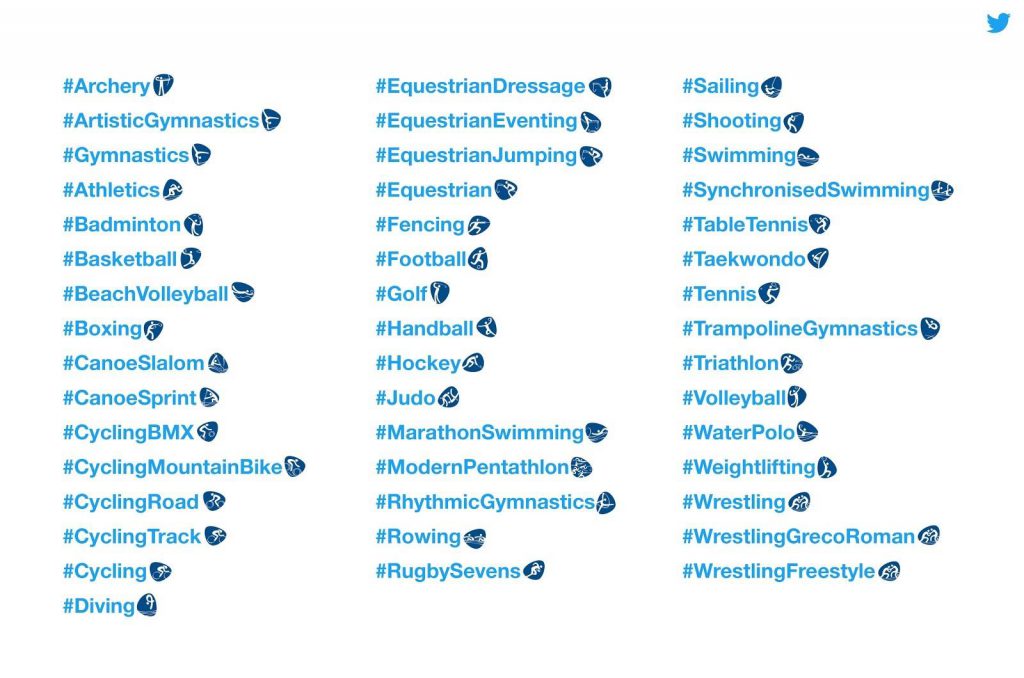 Lastly, there’s a few specific emoji just for the Olympics in general, like #Gold, #Silver and #Bronze as well as #Olympics/#Rio2016.

Twitter’s other properties, Vine and Periscope don’t escape either with hashtags able to activate custom hearts for Olympics videos using Periscope and when people double tap on a Vine from @Olympics, an Olympic flame will show up instead of a heart. Periscope will also have a featured channel featuring great content.

Twitter will be rolling out the emoji and video features over the next couple of days so stay tuned for those to take effect.