If you’re after something to spend your hard accumulated Opinion Rewards Money on, then look no further than Google’s App and Game Deal of the Week. This week we have Earn to Die and dropped in price to a measley 20c each. Just like last week the Game deal isn’t on the site yet, but it’s still marked down to 20c, so get in early. We’ve seen a number of weather apps as Google Play App of the Week and this one, like those previously, is quite European-centric. The app does have animated radar and global satellite imagery, as well as support for over 2 million locations but it’s that good old Bureau of Meteorology (BOM) support we like in Australia.

If you’re really into the weather though, this doesn’t look like a bad app with support for personal weather stations form Netatmo and a bunch of customisable widgets and even live wallpapers with current weather images.

You can get 3-hourly forecasts, including information such as temperature, wind direction and speed, air pressure, precipitation amount and probability and relative humidity. You can even get worldwide alerts for extreme weather.

WeatherPro also has a premium edition available to purchase via In-App Purchase with various items worth between $3.77 – $12.72 per item – a high price to pay for data not from the BOM. Still, if you want to get it, you can get Hourly Forecasts for up to 2 weeks ahead, a windtheme centred around getting information on wind data – a must for those in Tornado alley in the US – or you can check out Ski weather for 900 resorts in 17 countries. And, well, there’s also high resolution weather maps with multiple layers.

If you want to grab WeatherPro from Google Play, you can head over and fork out your 20c right now. Earn To Die
If you’re into zombies, platform games, or just mindless violence and cool cars, then Earn to Die is for you.

Take the wheel of a vehicle and arm it up as you attempt to drive through a hoarde of zombies in this awesome platformer from Not Doppler. You’ve got 8 vehicles to choose from and heaps of different upgrades you can make to the vehicle to help you escape the hoarde in the exciting story mode.

The game has realistic rag-doll physics engine, which makes driving over and through obstacles a lot more fun.

If this sounds like a game for you then head over to Google Play and grab Earn to Die for only 20c. 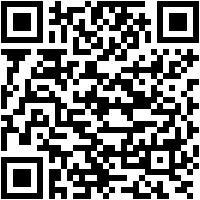 It’s pretty clear that Earn to Die is the better choice this week. Even though the App and Game Deal of the Week is a promotion running across Europe and Australia, it would be nice to see an Australian-centric weather app in the deal one week. There’s always next week.

If you’re looking for a good deal, unfortunately last weeks deal, Cameringo+ Effects Camera has reverted back to the usual $2.99 price, but Colin McRae Rally is still 20c so grab it while you can.