Dropbox has been improving their many business tools, and one of the first standalone tools they’ve introduced is a collaborative document editor called Paper.

Paper is in beta at the moment, but it’s available to everyone to try out. The app is up on Google Play (and the Apple app store) and offers you and your team a way to work on documents, to-do lists, projects or essentially any type of document you’d like to update with multiple people at once. Like most other collaboration tools all the updates made by anyone in the team are seen in real-time by everyone in the team.

Paper has been in private beta for some time, with users finding new ways to use the tool including capturing meeting notes, creating to-do lists and working on big projects. To-do lists allow you to assign tasks to others in the group by adding an ‘@’ sign in front of the users name, and projects can have many rich features included like videos, images, and more.

Before jumping into the Paper mobile apps, you can try it out on the web by hitting the web beta at dropbox.com/paper. 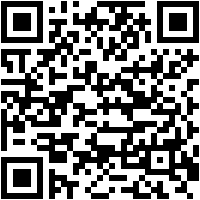