To get the best out of your video streaming service you require a good internet connection, to gauge your speed Netflix has launched a new speed test app powered by fast.com.

The app itself is basic, there’s no advertising in the app, it’s also quite streamlined and easy to use. The app starts checking your speed as soon as you launch it and you can hit the refresh button to do it again once it completes. If you don’t like that result, a link to speedtest.net (Ookla’s speed test results) will give you another viewpoint. The rest of the interface is simply a link to a help file which outlines how the test is performed.

For fast.com to test internet speeds, the app and website connects to their distributed network of Open Connect Appliances (OCAs). Netflix provides a 25MB video file that can be cut into requests of between 1byte and 25MB. Initial ramp up for the test is excluded from the overall results, but performance drops from say, a ‘lossy network, congested link, or faulty router’ during the test are taken into account to give an overall view of the internet connections speeds.

Netflix is quite interested in the internet speeds in markets they’ve entered around the world, and this Fast speed test app is available world wide. They traditionally test the speeds of various providers around the world, and release those results on a monthly basis on their SpeedIndex site.

To get the Fast Speed Test app, you can download the app from Google Play now. 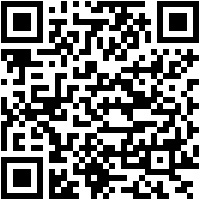