Ahead of the September 15th Australian launch of the live action version of classic Disney movie Pete’s Dragon, Google Zoo and Disney have teamed up to create a mini web AR game to promote the film.

The game is AR based and my daughter and I gave the web game a quick try and I found it was quick enough to keep her interest and introduce her to the basic concept of phone based AR gaming.

The game is simple, you are asked to point the phone’s camera at different real world objects (pointing them at pictures on a monitor doesn’t work, I tried) and the game calls Googles Cloud Vision RESTful API to recognise those objects. Successfully find a TV, tree, couch or a cloud and you’ll be rewarded with a green shaggy Dragon popping onto your screen.

The whole game takes less than 5 minutes with a child in charge of the phone and is a bit of fun. Once you finally find the dragon you can soar through the clouds and look all around the panoramic landscape of Dragonville, or where ever the movie is set.

If you’re interested head on over to the Peter’s Dragon dragon spotting web page from your mobile and check it out. Alternative scan this QR with your mobile. 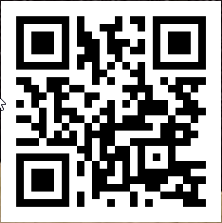 How did you like the AR dragon spotting? Let us know below.

ha my work blocked the website on the grounds it is adult..