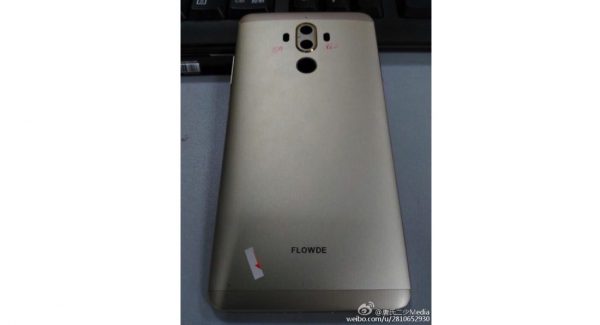 IFA is always a good show when it comes to mobile technology announcements, with Huawei apparently looking to join the fray to announce their successor to the Mate 8 which was announced at IFA last year.

The phone has popped up on Chinese social networking site Weibo, showing off the lovely aluminium unibody design we’ve come to know and love from Huawei. The phone also features what appears to be a fingerprint sensor mounted below the camera module.

Internally the Huawei Mate 9 looks to be quite the powerhouse with a Kirin HiSIlicon Hi3600 Octa-Core processsor on board, paired with 4GB of RAM, 64GB of storage (with we’re pretty sure a microSD card slot). The camera appears to be a 12MP sensor, though could be a dual-lens setup. The front of the phone will see a 5.9″ 1080P FullHD resolution display.

In terms of sensors and connectivtiy, we’ll see the usual array of Bluetooth, WiFi, GPS and of course light and proximity sensors and a pedometer.

Also of note is the continuation of USB-C use, with Huawei starting to use USB-C on their Huawei P9 handset released earlier this year.

We’re very likely to see more of the Huawei Mate 9 at IFA in just a few weeks. Stay tuned for more.