The NSW government has this week announced a new way for customers to pay for government services including fines, vehicle registrations and more, with Android Pay accepted at all Service NSW centres across the state.

The adoption of Android Pay is a logical step given its ease of implementation at being accepted at all NFC based terminals. But it’s not just contactless payments that the NSW Service Centres will be accepting Android Pay through their website, as well as ‘digital store’ and even their Android App in the coming months.

It’s a welcome change to see a new payment option which was only introduced last month, already on the radar of a government department. Minister for Finance, Services and Property Dominic Perrottet said ‘Governments have traditionally been very slow on the uptake when it comes to new technology, whereas customers latch on much more quickly’.

The adoption of mobile technology in Australia is massive, with around 90 per cent of Australians owning a mobile phone, Android’s market share of over 60% in Australia makes for a good reason to adopt Android Pay, and Mr Perrottet acknowledges this saying ‘with the popularity of Android phones it makes sense for us to provide this quick, efficient option for our customers’.

The use of Android Pay is taking off in Australia, with ANZ bank leading the charge for the ‘big four’ banks in Australia with Westpac still apparently working to bring the service to market in their own system, as well as other banking institutions in the Westpac Banking group such as St George. So far National Australia Bank and the Commonwealth bank have not come forward to announce plans for the service, instead relying on their own Tap & Pay options.

Android Pay with its ability to store multiple cards and pay digitally or with contactless payments is a simplified process that the NSW Government wants to emulate with their attempts to simplify payments through the Service NSW Payments Services Platform. The platform is designed to cut through the red tape and remove older payment systems while introducing newer ones.

We’ll be keeping an eye on the Service NSW Android app for the introduction of Android Pay in the coming months. 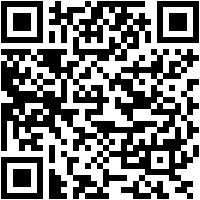 I’m confused. You can use Android Pay wherever you use Paypass/Paywave. Why do they need to support anything at point of sale? It just works…

That’s indeed true. no arguments there. the bigger News is:

“it’s not just contactless payments that the NSW Service Centres will be accepting Android Pay through their website, as well as ‘digital store’ and even their Android App in the coming months.”

Just got a text message from Credit Union Australia saying I can use Android Pay now. Yay