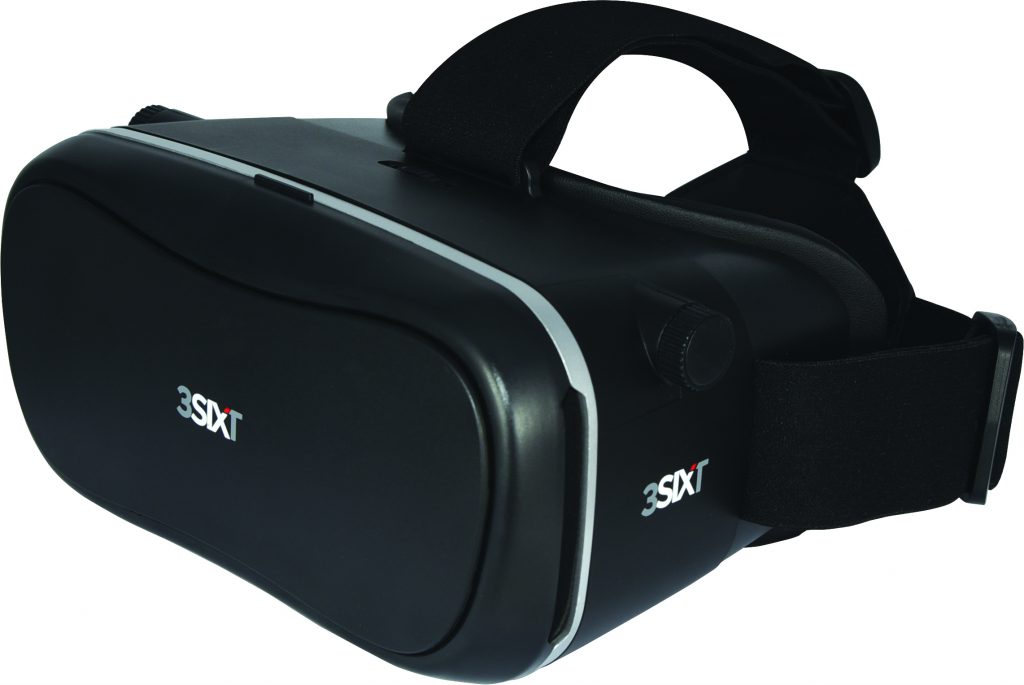 The VR space is picking up quickly, and there are more and more headsets hitting the market, today accessory maker 3SixT enters the space with the 3SixT VR Headset.

It’s a bit more expensive than your $5 deal from AliExpress, coming with higher end materials in its construction like an inner layer made of soft leather like material. The 3SixT VR headset also features a dial to adjust pupil distance and focal distance from 55-75mm making it a more comfortable experience to view. There’s also consideration taken for ventilation in the headset with a removable cover and ventilation holes that let you use the headset with earphones plugged in all while charging it.

The headset is cross platform being compatible with Android phones, and 3SixT also advise the headset also supports iOS and Windows devices. It’s designed to view VR and 360° video from sources like YouTube and Facebook as well as other sources for VR content.

The addition of a headstrap is an interesting choice, though one for people who enjoy extended VR/360-degree video viewing. It’s against the dip in/out focus of platforms like Google Cardboard whose reference designs all eschew the headstrap, but it’s up to you if you want this extended use case.

At $39.95 it is higher priced than normal, but it’s also available everywhere including from News Link newsagencies, as well as Optus, Virgin and Telstra stores so it’s easy to get your hands on. If you’re into a higher end VR headset, check it out on their website.

Does this support Nexus 6P? Doesn’t look too bad.