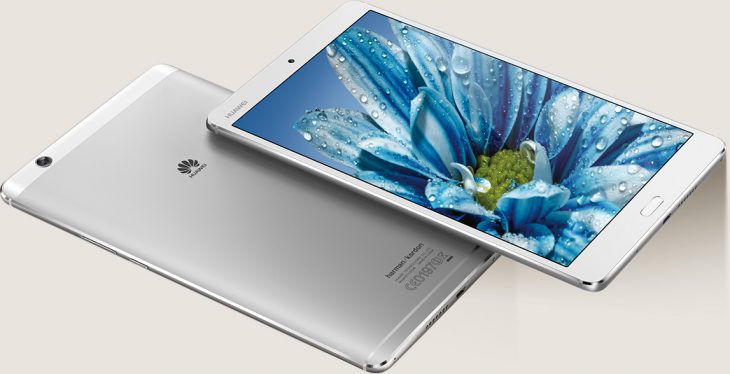 The MediaPad M3 is a 8.4in tablet with a 2560 x 1600 pixel display (359 ppi) powered by Huawei’s own HiSilicon Kirin octa-core processor. It will come with 4GB of RAM and either 64 or 32GB of onboard memory. There is also a microSD slot capable of expanding the memory another 128GB. It has LTE (nano-SIM), GPS, WiFi and Bluetooth. There are both LTE and wifi-only versions of both the 32- and the 64GB storages. There are 8MP front and rear cameras as we all know a rear camera on a tablet takes the best pictures.

Huawei have called this the MediaPad for a reason. They have really enhanced the media capabilities of this device with dual stereo speakers. The sound system has been designed in close collaboration with Harmon Kardon to accurately repeat every sound from the device. For those who prefer not to use the dual stereo speakers Huawei have also included some earphones designed for Huawei by AKG, the AKG H300 earphones.

It is running Emotion UI 4.1 on top of Android 6.0 Marshmallow. While we here at Ausdroid have not been fans of Emotion UI in the past, it will be interesting to see if they have improved it with this iteration.

The cost for this beautiful looking tablet is:

At this stage the suggestion from Huawei is that this will NOT be coming to Australia, which is very disappointing considering the lack of decent tablets available to us at the moment. If you are interested in this tablet, feel free to hit Huawei up on their social media channels and encourage them to rethink this decision.